The Life and Times of Timuel D. Black: A Centenary Symposium

Professor Timuel D. Black turns 100 this year – and what a Century it has been! Join scholars and artists in examining the historical context of his life and accomplishments. Soldier, teacher, civil rights leader, political activist, Tim has received local and international awards and recognition over the years, among them: a Croix de Guerre, the highest military honor accorded by France to non-citizens; The City of Chicago’s Champion of Freedom Medal, and the 2012 Benton Medal for Distinguished Public Service from the University of Chicago. Author of a two-volume work: Bridges of Memory: Chicago’s First Wave of Great Migration; his new memoir, Sacred Ground, will be available for purchase at the symposium.

FREE & OPEN TO THE PUBLIC 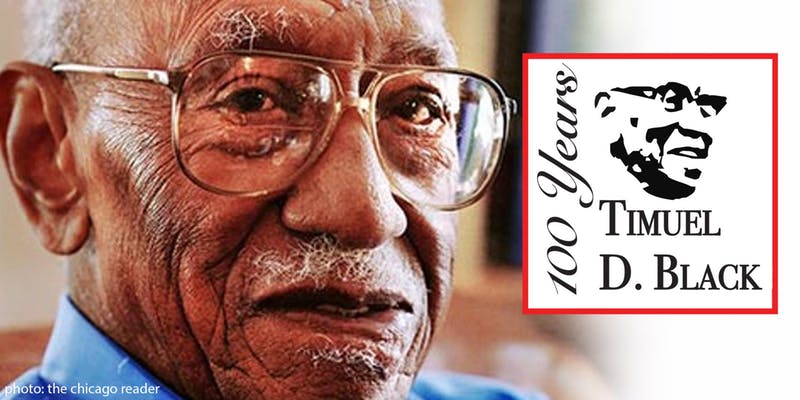