The Last Speakeasy on the Eve of Repeal

Put on your best get-up and join us at our juice joint as we celebrate the 85th anniversary of the repeal of prohibition. Grab some giggle water, test your luck at the tables, and stretch your stilts on the dance floor all night long–or at least until the feds find us.

Our headline sponsor, Old Forester, “the only bourbon made before, during, and after prohibition” is going to be mixing up craft cocktails all night long. In addition, Old Forester’s master taster, Jackie Zykan, will host an intimate “Taste through History” of Old Forester’s whiskey row series which includes four bourbon expressions ranging from 1870–1920.

Old Forester will also be hosting the finale of their annual Old Fashioned Face Off bartender competition at the Last Speakeasy.
Join us and find up who mixes up the best old-fashioned cocktail in the Second City! 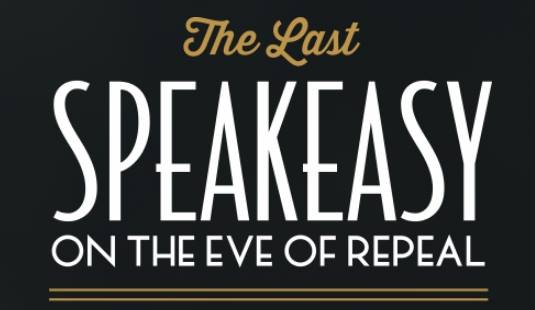