My Womb es mi Altar: Afro-Latinadad Visions of the Sacred

Rootwork Gallery proudly welcomes you to the opening of “Altar Call ll: My Womb es mi Altar—Afro-Latinadad Visions of the Sacred”.

This exhibition is Inspired in part by the writings of Chicana cultural theorist, Gloria Anzaldua (1942-2004) who reflected “I am playing with my Self, I am playing with the world’s soul, I am the dialogue between my Self, and el espirítu del mundo. I change myself, I change the world.”

Like Anzaldua whose mestiza identity is shaped by the dichotomies of shadow and light, secular and sacred, the work of three Chicago-based artists: muralista Gloria Gloe, and painters Verónica Isabel Giraldo and Liz Gomez guides viewers into a profound exploration of Latina politicalities, spiritualities, and sexualities, and the overlapping of these three states of being.

Live performances and light refreshments will be offered at the exhibition’s opening. 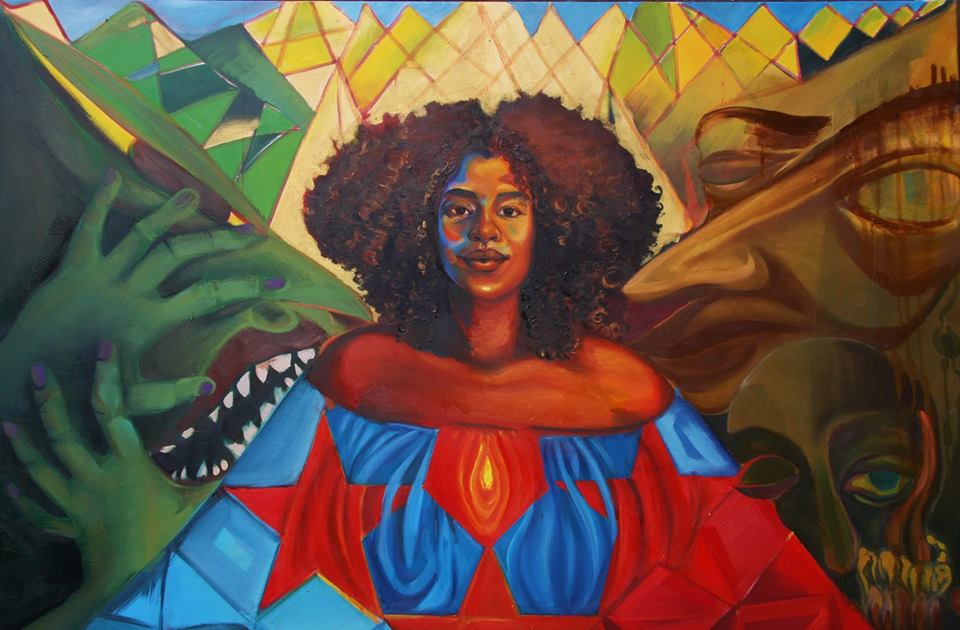