Music at 8, BYOB, $15-25 suggested donation (No one turned away for lack of funds)
Gather series is turning two years old! While normally housed at Logan Square’s Comfort Station, Gather is partnering up with Elastic Arts Center to close out its 2018 season with an amazing series of performances by Blackerface, Katinka Kleijn, and Lykanthea with Hanna Brock and Lia Kohl. Proceeds from this event go directly towards Gather’s 2019 programming.

Gather is an experimental music series bringing musicians from different scenes, backgrounds, practices, disciplines, and communities together for connection and artistic exchange. We curate this series with our attention toward introducing musicians who may not otherwise cross paths and whose works dialogue in compelling ways. By doing so, we hope to leave potential for collaboration and familiarity amongst different experimental music forms in Chicago.

Cellist Katinka Kleijn enjoys a genre-defying career in solo, chamber, improvisation and orchestral performance. As soloist she appeared with the Chicago Symphony Orchestra,The Hague Philharmonic, and premiered Dai Fujikura’s Cello Concerto at Lincoln Center, which was released live on Minabel and Sony Japan Records. Known for her innovative individual projects, she appeared in recital at the Library of Congress, Carolina Performing Arts, and the Chicago Humanities Festival. A collaboration with the performance art duo Industry of the Ordinary resulted in “Intelligence in the Human-Machine”, a duo for cellist and brainwaves. Kleijn recorded David Baker’s Cello Concerto with the Chicago Sinfonietta, as well as with District 97, Relax Your Ears, Ryley Walker, and has a working duo with guitarist Bill MacKay. A member of the Chicago Symphony Orchestra and the International Contemporary Ensemble, she teaches at Roosevelt University and University of Notre Dame.

Lykanthea is the project of artist Lakshmi Ramgopal. Based in Boston and Chicago, Ramgopal’s explorations of sound began with the electro-ambient experimentations of her debut EP Migration (2014). Since then they have morphed into expansive installations and multidisciplinary ensembles that feature strings, choruses, and movement artists. Following the 2014 release of Migration, which garnered praise from Noisey, Chicago Tribune, and Public Radio International’s The World, Ramgopal toured Europe as a Fellow of the American Academy in Rome and made appearances at Leipzig’s Wave-Gotik Treffen, New York University, and Chicago’s Museum of Contemporary Art. The last two years have seen her focused on sound installations like A Half-Light Chorus, a four-channel sound installation in Lincoln Park Conservatory that featured a 90-minute composition of recordings of vocalists imitating Indian birds. Ramgopal’s sophomore EP is due in 2019. 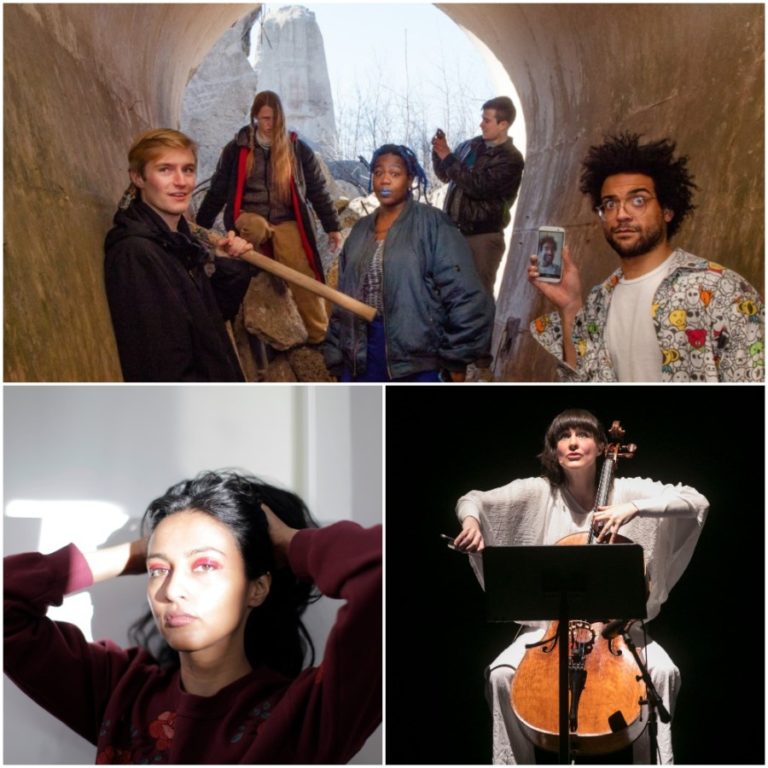