When Iva Met Eunice questions & explores the relationship developed between two young women despite the societal battle of their skin complexion. Black women/girls deal with colorism. We hate it, we ignore it, we perpetuate it. In “When Iva Met Eunice,” two people discover themselves through the unlikely friendship of their grandmothers. They battle the commonality of social expectations (social dances) and the physical negotiations they perform in their day-to-day through set improvisational scores and freestyled movement.

Aaliyah Christina curates, moves & writes in Chicago, IL via Ruston, Louisiana. She graduated with a B.A. in dance from the Dance Center of Columbia College Chicago in 2016. She specializes in dance improvisation and curating tranquil and welcoming spaces for her burgeoning Chicago communities. She’s performed under artists like Darling Shear, Onye Ozuzu, Kristina Isabelle, and Darrell Jones. She has also lended her curatorial passions to Chicago Dancemakers Forum for Elevate Chicago Dance 2018 as well as Red Clay Dance Theatre for La Femme Festival 2019. She founded and created Catalyst Movmnt (2017), a curating collective designed to highlight emerging movement artists and dancemakers of color.
_______________________________________________________________

Exploring the separate turf of studio practice, the dance floor and a sports arena, SEARCH PARTY, is a multi-phase dance work that follows a group of women who, in this monumentally maddening time, relentlessly investigate our designated space vs. free space and what is expected of us vs. what we are capable of.

Erin Kilmurray is a choreographer, performer and teaching artist living in Chicago. Her dance works spark fierce energy and vivid imagery; making lively, athletic, effortful, intimate dances that ignite in a place that people with or without dance experience can recognize. Always curious to renegotiate the lines between performer and spectator, her methods are strongly influenced by dance and performance places acting as creative and social centers. By facilitating moments or spaces that act as catalyst for kinetic energy, she investigates the intersection of the mindful dancing body as a physically-honed practice, a form of performative entertainment and a function of social dynamics

Bleeding Backwards Vol 1: Better Off Dead is the first film in a series of short dance films that explore the effects of the United States prison system on individuals and communities. Through physicality and movement, Bleeding Backwards shows how the prison system exploits and dehumanizes people of color and the generational trauma caused by this practice. Each volume of the series will explore topics such as police brutality, prisoner mistreatment, forced familial separation, corruption within the justice system, and lack of rehabilitation and reintegration of prisoners into society. In highlighting these issues, the series aims to incite conversation that will lead to positive change.

The Leopold Group presents a choreographic counterpart to Artistic Director Lizzie Leopold’s dissertation research, focusing on making dances and making a living. This “Work” asks questions about dance work, labor, and value. Working to make it work. How does choreography work? What does this embodied labor look like? And what is that work worth? We’re asking these questions in the studio and on the stage, and as we run from rehearsal to day jobs, side jobs, and family obligations. Working to make it (a) “Work.”

Lizzie Leopold recently completed her Doctorate in Interdisciplinary Theater and Drama at Northwestern University this spring. Leopold also holds a BFA in Dance from the University of Michigan and a Masters in Performance Studies from New York University. Her dissertation, “Commodifying Choreography: The Sale, Licensing, and Appraisal of Concert Dance Repertory,” looks at dance valuation practices and intersections of dance- making and business structures. Leopold is the founder and Artistic Director for the Leopold Group, a Chicago based modern dance company celebrating a decade of dance in 2017. Leopold served on the Board of Governors for the University of Michigan’s School of Music, Theater and Dance and on the board of the Congress on Research in Dance. 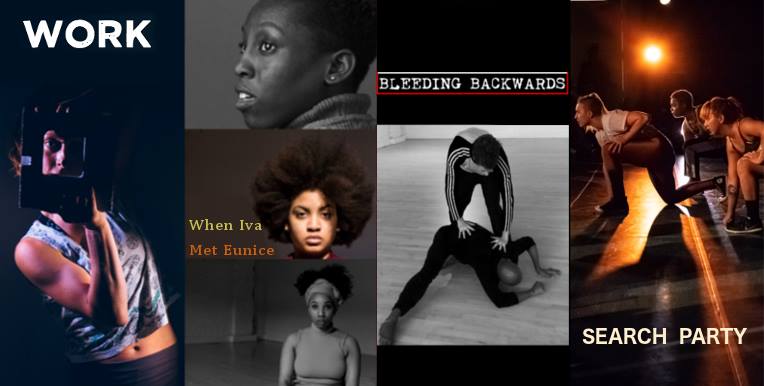