Often aspects of identity (race, gender, class, occupation, sexuality, nationality) are the outtakes, or the stuff left on the floor and edited out of an artist’s final work. Ralph Arnold’s photocollages, on the other hand, produced a space for this identity-based material to reside in the work. This selection of video and film works about race and sexuality speaks to Arnold’s willingness to include (or out) the outtakes.

Romi Crawford, Ph.D. is Professor in the Visual and Critical Studies and Liberal Arts departments at the School of the Art Institute of Chicago. She is co-author of The Wall of Respect: Public Art and Black Liberation in 1960s Chicago (Northwestern University Press, 2017). Additional publications include “Do For Self: The AACM and the Chicago Style” in Support Networks (University of Chicago Press, 2014); “Ebony and Jet on Our Mind” in Speaking of People (The Studio Museum in Harlem, 2014); and Theaster Gates Black Archive (with Thomas D. Trummer and Hamza Walker) Published by Kunsthaus Bregenz, 2017. In 2017, she founded the Museum of Vernacular Arts and Knowledge, a project-based platform for art making that is out of sync with museum and gallery values. 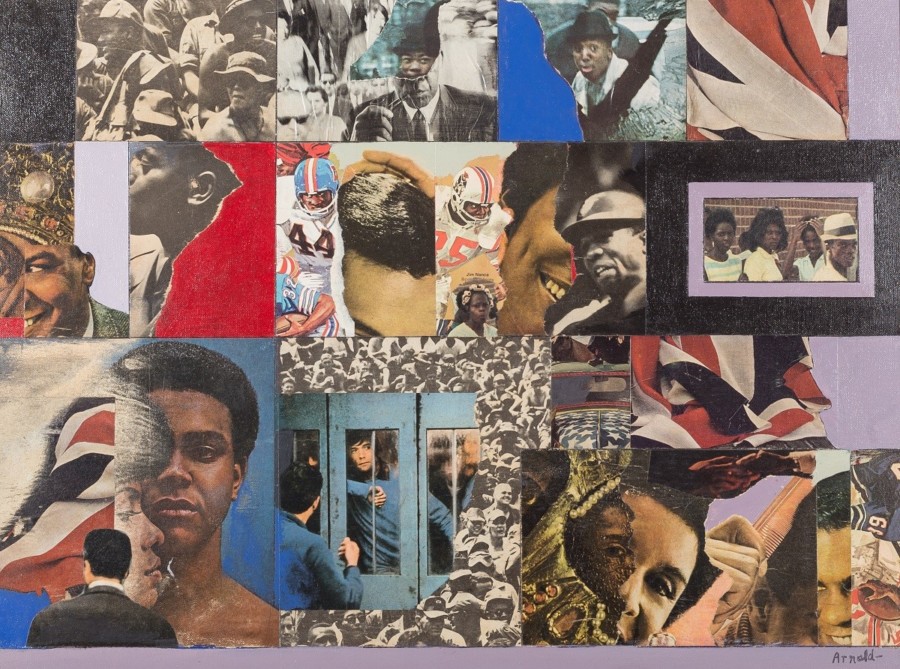