On view through Friday, December 7th

Three presenters of experimental performance are collaborating in three Chicago neighborhoods to present Video Corpo, a festival of video work celebrating movement-based artists who offer an alternative corporeal perspective by embracing video as an extension of their practice. Curated by the directors of the three presenters—Michelle Kranicke (Zephyr and SITE/less in Noble Square), Joseph Ravens (Defibrillator Gallery at Zhou B Art Center in Bridgeport), and Julieanne Ehre (Pivot Arts in Edgewater at Chicago Filmmakers)—Video Corpo focuses on broadening the audience for experimental time-based artists by creating a platform for viewing their work beyond traditional live performance. “We are inviting audiences to leave their comfort zones— geographically and aesthetically—to discover new neighborhoods, new art venues, and ways that artists are showcasing the body in a two-dimensional format,” said Kranicke.

Suggested $10 donation for opening events and the screening. Advance tickets found here: brownpapertickets.com/event/3777815. Gallery hours are free and open to the public.

SITE/less [siteless.org] is a guerilla storefront located at 1250 W. Augusta Blvd., an edge site with ancillary relationships to a variety of urban crossroads and infrastructures. Positioned as an experimental architecture, movement, and research center, SITE/less seeks to rethink the relationship between the typical model of most performance venues and how the organization of those venues inevitably limits and conditions the curatorial practice. One focus of SITE/less is to develop a space that is, in itself, performative and to make use of an architectural approach that serves to stage a program of expressed activities while, at the same time, employing a structure that is open to unplanned social interactions and chance events. Video installations at SITE/less feature:

Zephyr [zephyrdance.com], The Wall Dance—Film Version [Premiere] is an excerpt of Kranicke’s 2012 durational work Allowances and Occurrences re-envisioned for the camera. Though Kranicke originally designed the work as an installation piece for performance at a gallery, allowing the audience to move about the space and choose their viewpoint, Zephyr re-lit the work and filmed it at SITE/less from multiple perspectives and proximities to more fully emphasize the deep, dramatic spatial qualities of tableaus reminiscent of Renaissance or Baroque master painting.

Meredith Monk [meredithmonk.org], Short Silent Films (1966–94). Iconic composer, singer, director/choreographer, and filmmaker, Monk originally incorporated these six unique and influential films into her live performance works and installations, including 16 Millimeter Earrings (1966) and Quarry (1976). They provide an example, and touchstone, for the films of the other contemporary artists’ work on view and an historic framework for movement artists’ depiction of the body in film.

Nadia Oussenko [nadiaoussenko.com], On Falling is an exploration of falling and surrender. Oussenko and filmmaker Daniel Kullman experiment in a variety of public and private spaces, as well as an array of different surfaces and structures, discovering how to use movement, cinematography, outside stimulus, and costuming to examine feelings of abandonment, anxiety, and surrender. This dance for the camera also seeks to heighten the viewer’s visceral sensation through exploring the dynamic between voyeurism and the mover’s point-of-view. 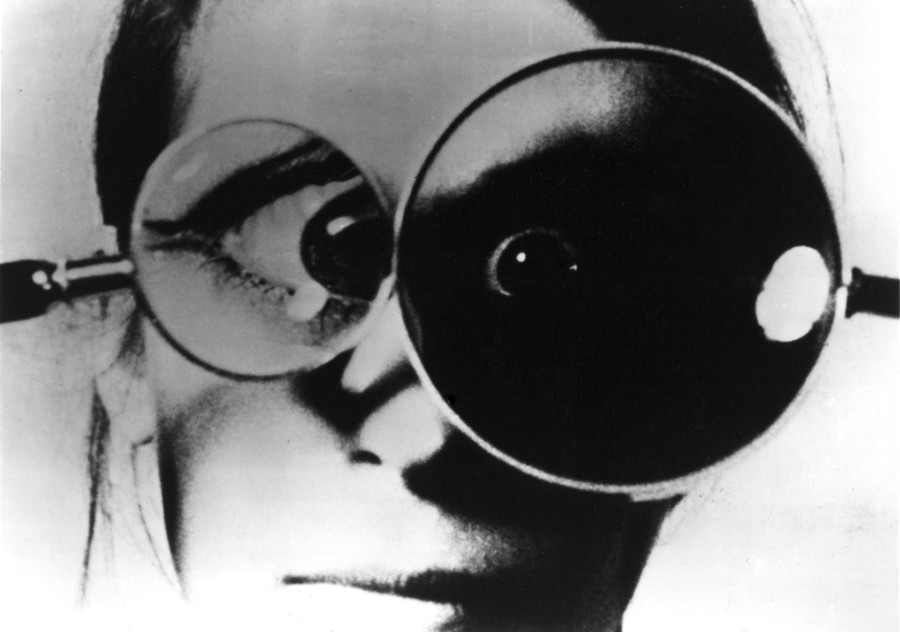