At first, Tonika Lewis Johnson’s plan for the Folded Map project was simply to photograph “mirror points”—corresponding addresses in the North and South Side neighborhoods of the city—and set them side-by-side to reveal the disparities caused by Chicago’s history of systemic segregation. Then, something unexpected happened. While Lewis Johnson was taking photos, residents started coming out of their houses, asking questions, and expressing interest in what she was doing. And so, Johnson began bringing “map twins” together, encouraging them to visit one another’s homes and neighborhoods, and documented the ensuing exchanges “where the map folds and touches.” Architectural and urban designer Paola Aguirre joins Johnson for an “interactive” conversation.

Tickets are $10 for CHF members, $5 for students and teachers, and $14 for the general public.

This event is a part of South Shore Night, a program of the Chicago Humanities Festival’s 2018 Fall Festival: Graphic!. For one admission, you’ll have the opportunity to explore three activated rooms in the South Shore Cultural Center. (Click here to view a PDF of the program guide for the full festival.)

The evening’s programming includes the bits of footage from home movies gathered by the South Side Home Movie Project; a talk with University of Chicago Cinema and Media Studies professor Jacqueline Stewart; and Jahmal Cole and Amanda Seligman in conversation about the history and function of Chicago’s neighborhood block clubs, and the power of block club signs as their visual signifiers.

South Shore Night is presented with the support of The Center for the Study of Race, Politics & Culture at the University of Chicago; Chicago Park District; Leadership Greater Chicago; Metropolitan Planning Council and The Weinberg/Newton Gallery. 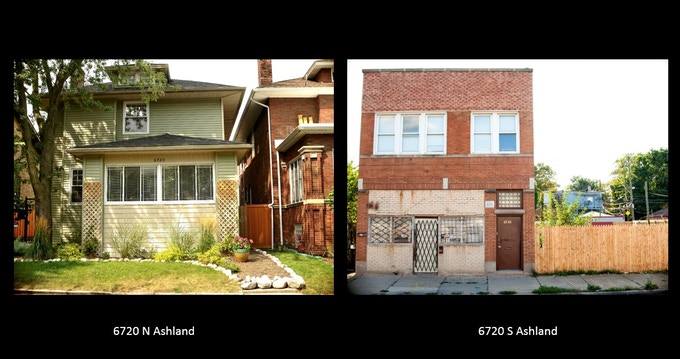