In conjunction with the exhibition Todros Geller: Strange Worlds, join co-curators Ionit Behar and Dr. Susan Weininger for a gallery talk about Geller’s multifaceted work, his social activism, and the contributions he made to the art scene of the interwar period.

Todros Geller: Strange Worlds draws primarily from Spertus Institute’s collection — which includes extensive holdings of Geller’s paintings, prints, and works on paper as well as preparatory sketches, letters, books, postcards, articles, photographs, posters, and illustrations — to present the broad scope of Geller’s creative endeavors. More than 30 works in a range of mediums will be on view, the majority for the first time, along with a selection of unique archival materials to allow viewers to explore the public and private concerns that animated Geller’s work.

Born in Ukraine in 1889, Geller immigrated to Chicago in 1918 and made it his home until his death in 1949. He was inspired by the complex blending of old world traditions and modern culture that characterized Chicago — what he termed the collision of “strange worlds.” An active proponent of the concept of Jewish art, he served as a mentor to numerous Chicago Jewish artists and as a prominent educator, first as a teacher at the Jewish People’s Institute and Jane Addams Hull House, then as supervisor of art for the College of Jewish Studies (later Spertus Institute).

In both work and life, Geller reflected the prevailing social, political, and artistic concerns of his time. Often fondly referred to as the “Dean of Chicago Jewish Artists,” he was intimately entwined with Chicago’s evolving Jewish community and its efforts to establish, maintain, and promote Jewish identity.

Todros Geller: Strange Worlds is part of Art Design Chicago, a celebration of the vital role Chicago plays as America’s crossroads of art and design, creativity, and commerce. Art Design Chicago is an initiative of the Terra Foundation for American Art with presenting partner The Richard H. Driehaus Foundation. 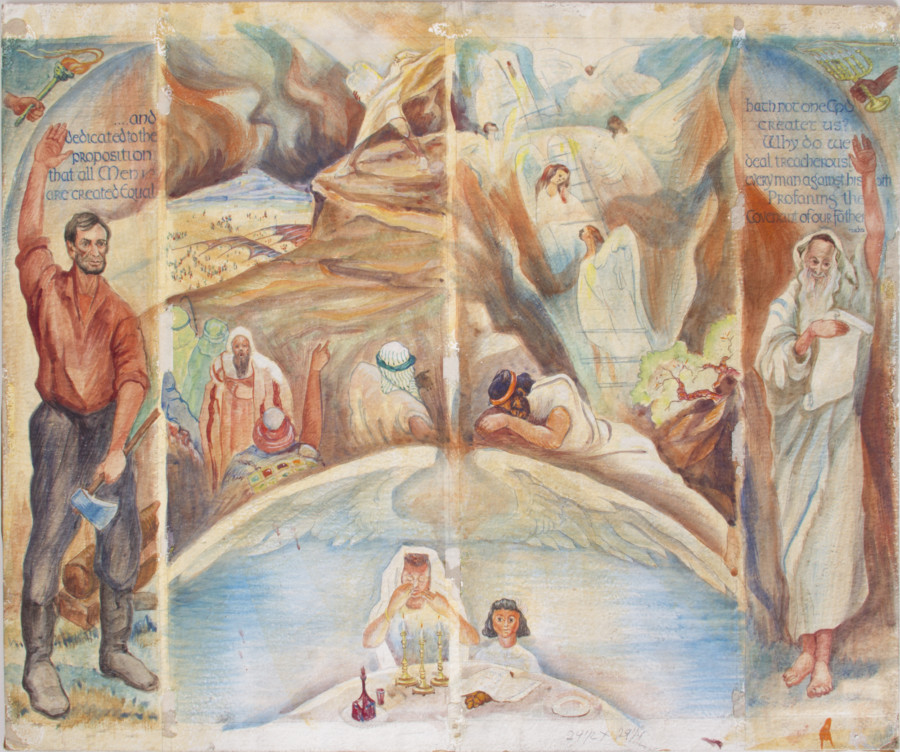