Take Root Among The Stars: Visionary Fiction and the Legacy of Octavia Butler

@ The School of the Art Institute of Chicago Ballroom

Part of the School of the Art Institute of Chicago’s Conversations on Art and Science event series.

Science fiction writers creatively envision our collective futures, and Octavia Butler’s vast array of work has inspired generations of artists and scholars. Butler’s prophetic oeuvre draws parallels between futuristic societies and those we currently inhabit, questioning what it means to be human and linking past, present and future visions. The Take Root Among the Stars panel, programmed in connection with D. Denenge Duyst-Akpem’s SAIC Fall 2018 course focused on Octavia Butler’s Parable of the Sower, provides an in-depth introduction to Butler’s work, mapping her immense legacy and influence through the contemporary areas of expertise of an interdisciplinary panel including Dr. Sami Schalk, A. Martine Whitehead, Chelsea Frazier, and Huong Ngo.

This event is free, non-ticketed and open to the public.

D. Denenge Duyst-Akpem is space sculptor whose visual art, writing, performance, and teaching bridge the disciplines of site-specific, ritual, public art, interior design, ecology, and Afro-Futurism. She meticulously constructs fantastical interactive Afri-sci-fi environments and projects to interrogate, titillate, decolonize, and empower, rooted in Sun Ra’s transformational legacy, asking “Who controls the future?” Her practice is concerned with themes of incarceration and liberation; surviving and thriving in the apocalyptic landscape; and environmental consciousness.

Duyst-Akpem is Adjunct Assistant Professor at the School of the Art Institute of Chicago in the Department of Art History, Theory, and Criticism and Low-Residency MFA Program. She is the founder of Denenge Design and In The Luscious Garden, a new initiative focused on holistic and conceptual approaches to human-centered design. She has exhibited and performed at venues including: Library of Congress, Schomburg Center for Research in Black Culture, Arts Club of Chicago, Museum of Contemporary Art Chicago, Red Bull Arts NY. Interviews and articles include: ArtNews, Newsweek, Sixty, How We Get To Next, The Outline, Vocalo. Duyst-Akpem is the recipient of SAIC Diversity Advisory Group inaugural 2016 Teaching Award for Excellence in Diversity and Inclusion and 2014 NEH Fellowship in Black Aesthetics and Sacred Systems. She received her MFA from SAIC and BA from Smith College.

Chelsea Mikael Frazier is a PhD candidate in the Department of African American Studies and a fellow in the Science in Human Culture Program at Northwestern University. Chelsea is currently at work on her dissertation—an ecocritical study of contemporary black women artists, writers, and activists. In her examinations, she probes the ways in which dominant theoretical and disciplinary frameworks in environmental studies obscure the legibility of black feminist ecoethics as they manifest in black women’s writings and visual art across the African diaspora.

Frazier holds a B.A. from the Department of Women’s, Gender and Sexuality Studies at Barnard College, a M.A. from the American Studies program at Purdue University, and a M.A. from the Department of African American Studies at Northwestern University. Her research, writing, and teaching span the fields of Black Feminist Literature and Theory, Visual Culture, Ecocriticism and Environmentalism, Political Theory, and Science and Technology Studies.

Dr. Sami Schalk is an Assistant Professor of Gender & Women’s Studies at University of Wisconsin-Madison. Dr. Schalk’s interdisciplinary research focuses broadly on disability, race, and gender in contemporary American literature and culture, especially African American literature, speculative fiction, and women’s literature. She earned her BA in English (Creative Writing) and Women’s Studies from Miami University in 2008, her MFA in Creative Writing (Poetry) from University of Notre Dame in 2010, and her PhD in Gender Studies from Indiana University in 2014.

Hương Ngô (Huong Ngo, 吳玉香) is an artist, born in Hong Kong, and often working between France and Vietnam. Her research-based practice connects personal and political histories using a conceptual, interdisciplinary, and often collaborative approach. Having grown up as a refugee in the American South, her work reframes the hybrid, the imperfect, and the non-fluent as sites of survival and knowledge. She was recently awarded the Fulbright U.S. Scholar Grant to realize a project that examines the colonial history of surveillance in Vietnam and the anti-colonial strategies of resistance vis-à-vis the activities of female liaisons. She has been supported by the MCA Chicago (2004, 2016, 2017), Queens Museum (2014), The Kitchen (2011, 2014), the New Museum (2012), and the Museum of Modern Art (2013, 2018). She was a studio fellow at the Whitney ISP and has recently joined the faculty of the School of the Art Institute as Assistant Professor in Contemporary Practices.

Anna Martine Whitehead uses movement and language to practice escaping the Planet Earth. Their solo performances, videos, and collaborations have been presented in North America and Europe, and they have contributed significantly to the work of Keith Hennessy, Jefferson Pinder, Julien Previeux, Every house has a door, and taisha paggett, amongst others. They write about Black performance in the contemporary art world and have contributed to an array of texts on queer dance, performance, and social practice, including a regular column in Art Practical, and a chapter in the forthcoming Meanings and Makings of Queer Dance, edited by Clare Croft. Their first chapbook TREASURE | My Black Rupture debuted this past Spring.

“I write, make things, and make performances that address a Black queer relationship to time. I privilege the circle, which is to say memory and forgetfulness. My work illuminates the multi-lingual and transtemporal conversations between plant, animal, human, and non-material bodies which can announce a thing’s presence before its arrival and after its evacuation. Absence and exhaustion figure centrally in my work — particularly as it relates to Black people, refugees, and the dead. All in all, I make work exploring a how a space is formed by its bodies.” 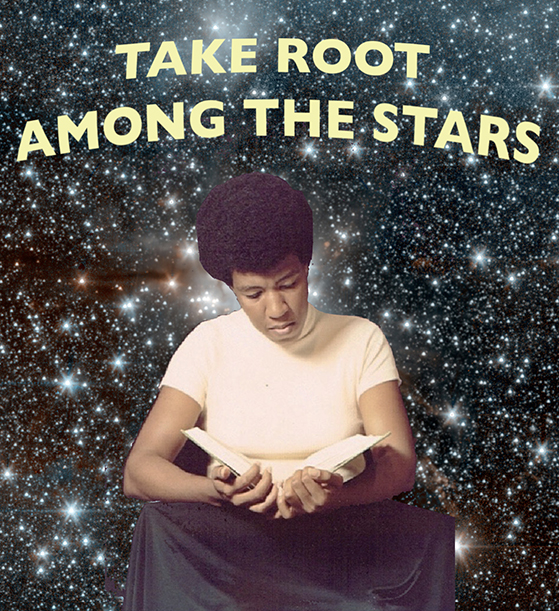