Speaking of Art: A Roundtable on Artist Interviews

A lunchtime conversation with Ina Blom, Rachel Cohen, and Solveig Nelson on the topic of artist interviews. Lunch will be provided and all are welcome. Please contact Zsofi Valyi-Nagy (zsvn@uchicago.edu) with any questions.

Speaking of Art: Artist Interviews in Scholarship and Practice
Conversations with artists conducted by scholars, conservators, and curators are an increasingly integral component of textual and object-based research and museum practices, particularly when investigating recent histories and marginalized practices. Whether we publish these interviews as standalone texts or use them as evidence in our writings (dissertations, books, and articles), we are creating a new historical record. The prevalence of this practice stands in stark contrast to the absence of discussion about best practices for conducting, editing, and presenting/framing interviews with artists, as well as a lack of conceptual inquiry into the interview as a form. This series aims to provide a critical space for those engaged in interviews to workshop our concerns and learn new approaches, as well as to provide a point of entry for those who have not yet engaged in interviews.

Ina Blom is Wigeland Visiting Professor in the Department of Art History at the University of Chicago and Professor in the Dept. of Philosophy, Classics, History of Art and Ideas at the University of Oslo. Her fields of research are modernism/avant-garde studies and contemporary art with a particular focus on media aesthetics and the relationship between art, technology, media, and politics. She is the author of, among others, On The Style Site: Art, Sociality and Media Culture (2007) and The Autobiography of Video: The Life and Times of a Memory Technology (2016), and is a frequent contributor to Artforum, Afterall, Parkett, and Texte zur Kunst. She has directed the NFR-supported research project The Archive in Motion (2011-2015) in collaboration with media- and film scholars and has also taken part in the NFR-supported projects Media Aesthetics (2004-2008) and Aesthetics at Work (2003-2007). Having worked as a music writer/radio-DJ, curator and art critic, she has extensive experience with a variety of interview forms and genres, including for her art historical research.

Rachel Cohen is Professor of Practice in the Arts at the University of Chicago and is the author of three books: A Chance Meeting; Bernard Berenson: A Life in the Picture Trade; and Austen Years, which is forthcoming from Farrar, Straus & Giroux in winter 2020. In her work she draws on biography, art history, literary criticism, memoir, and the lyric essay. Cohen has written for publications including The New Yorker, The Believer, Apollo Magazine, Art in America, The New York Times, The Guardian, The Threepenny Review, Bookforum, A Public Space, VQR Online and the London Review of Books. Her essays have been anthologized or republished by Best American Essays, the Pushcart Prize Anthology, the Australian Financial Review, The Utne Reader, Contreligne, Documentum, and Galerie Miejska. She has won the PEN / Jerard Fund Award, and been longlisted for the PEN/ Martha Albrand Award, the Guardian First Book Prize, and the JQ Wingate prize. Cohen has received fellowships from the Guggenheim Foundation, the New York Foundation for the Arts, and the MacDowell Colony. She keeps a notebook about looking at paintings at rachelecohen.com.

Solveig Nelson is an art critic and PhD candidate in Art History at the University of Chicago. Her dissertation The Whole World is (Still) Watching focuses on the history and criticism of television and early video art in dialogue with the visual and performative strategies of nonviolent direct action. She is currently a Mellon Postdoctoral Curatorial Fellow at the Art Institute of Chicago, where she is working on a two-year Mellon Time-Based Media Initiative. Nelson is recipient of a 2017-2018 Creative Capital Warhol Foundation Arts Writers Grant for the article, “Gretchen Bender’s Total Recall, 1987, and the Feminist Return to Television Art” as well as fellowships from the Metropolitan Museum of Art and the Luce/ACLS. For this year’s College Art Association conference, she will present on the artist interviews practiced by the makers of Think, Inc and Thing Magazine in the late 1980s and early 1990s, the first nationally distributed zine produced from a black queer perspective. She has written art criticism for Artforum since 2012, and has interviewed many artists in her scholarship, art criticism, and museum work. 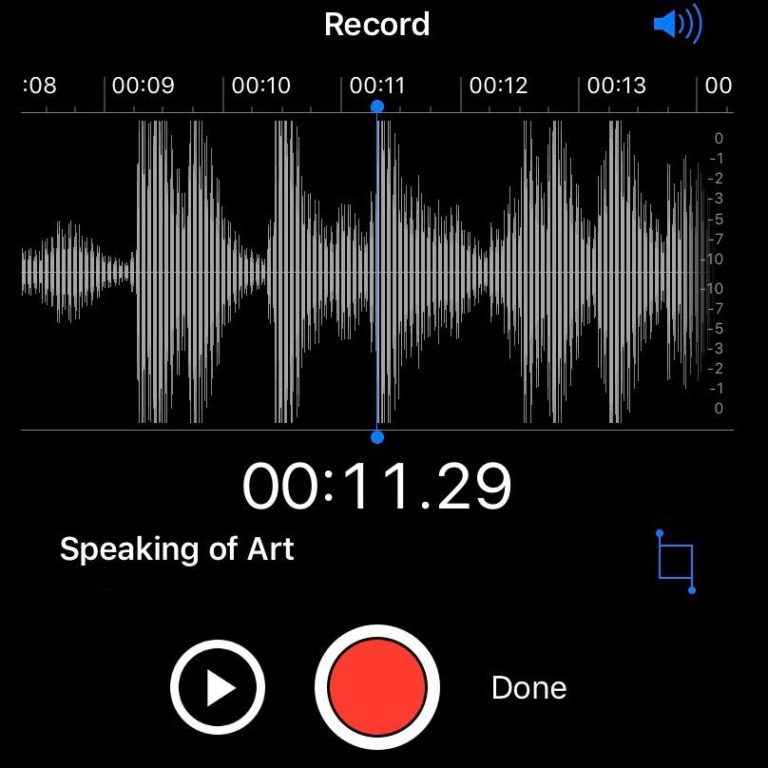