On view through Tuesday, November 20th

S-W-O-O-$-H looks at the rise in the global popularity of soccer and sportswear as a prism through which to understand, probe, and critique the broad social and economic impact of globalization.

As the harbinger of neoliberal economics, commercial sports has become one of the most discernible faces of global capitalism. Sponsorships and broadcasting have transformed athletes and clubs into capital generating mechanisms that resemble brands, and behemoth sports events such as the FIFA World Cup have had considerable widespread economic implications.

Using the World Cup as a backdrop and employing a variety of source materials including media excerpts, Mexican soccer balls, and prints, artist Oscar Gonzalez examines The North American Free Trade Agreement (NAFTA; an agreement signed by Canada, Mexico, and the U.S.) and its impact on trade during and preceding the current U.S. administration. Utilizing the manufacturing of soccer balls in Mexico as a case study, Gonzalez investigates how these materials are exported and imported from the country and elucidates how this process creates spaces of economic uncertainty.

Sportswear giants such as Nike and Adidas have also become highly visible transmitters of corporate liberalism, amassing a fortune on cotton-based fabrics in fashion and urban streetwear marketed primarily to people of color. Through a series of subversive fashion installations and prints, artist Matthew Wead probes the ongoing relationship between cotton and Black Americans and its effect on the global economy. Drawing further on this concept, Wead considers the recent move of sportswear companies such as Nike towards ‘capitalism with a conscience’ and questions whether the re-branding of these companies exploits consumers purchasing brands that outwardly convey their political beliefs.

Exposing several polemical concerns, Gonzalez and Wead move beyond a critique of the commercialization of mass sporting events and sportswear companies and aim, instead, to delineate the role that sports play in fueling the global capitalist order.

S-W-O-O-$-H is curated by Courtney Cintron.

ARTIST BIOS
Oscar Gonzalez was born in El Paso, TX. He grew up on the other side of the border in Ciudad Juarez, Chihuahua, Mexico, and because of this he has moved around a lot during his developmental years. His artwork evokes the fleeting sense of relationships, it’s senseless sentimentality and the relationships between self and environment. He is currently on residency in Berlin from The School of The Art Institute of Chicago where he is creating woodcut prints in Kurrent (a german script) for his show at the end of September.

Oscar has an MFA (2017) in Fiber and Material Studies from The School of The Art Institute of Chicago. He holds a BA in Philosophy and Linguistics from The University of Texas at El Paso. He has exhibited in the USA, Mexico, Germany and S. Korea. He lives in Chicago, enjoys discussions about wallpapers and occasional displays of human kindness.

Matthew Owen Wead (b. 1984, Chicago, IL) is an interdisciplinary artist whose practice explores social hierarchy through verbal and written language. He received a BFA from Morehouse College (2006) and an MFA from University of Maryland (2009) with a focus on printmaking, sculpture and photography. His work often uses multiple-mediums and is constructed to be used as real-world objects and structures. This practice of creating physical objects/tools, reinforces that these objects are not to be seen as fictional objects or ideas, but as slight alterations to what is already being done/seen around us and to us as a society.

CURATOR BIO
Courtney Cintron is a Chicago-based arts and cultural administrator, curator, and performing artist. She is a 2017 MA Graduate of the School of the Art Institute of Chicago, Department of Arts Administration and Policy and a graduate of the Institute of Curatorial Research and Practice at SAIC. As a versatile individual, she has had the pleasure of managing an array of artistic projects for arts organizations, from youth art education, art exhibitions, and interdisciplinary artist showcases, to poetry, theater, and music programs. Her dedication to tackling complex social issues and promoting deep learning and critical thinking through the arts has illuminated her path. Courtney currently holds a position with ProjectArt as Chicago Program Director. 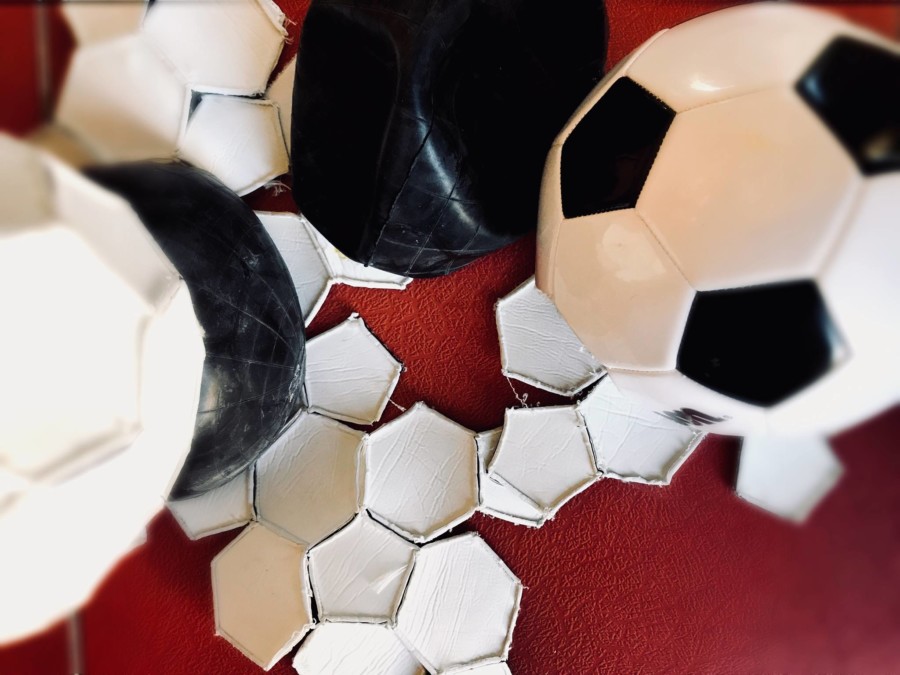