“’Du Bois’s Telegram’ is a brilliant inquiry into the institutions—from the CIA to the foundations and literary magazines it funded—that inform and shape literary production. The promoted, the funded and heralded, from Richard Wright to Gertrude Stein to James Baldwin, do the work of the nation state under the umbrella of culture. Our complicit freedoms are brought out in the open in this thought-provoking and erudite book. This is not a book to agree or disagree with, but rather a compelling argument that brings relevant facts forward for clear-eyed consideration. One would be remiss to pass on such essential research and analysis.” —Claudia Rankine

About the Book: “Du Bois’s Telegram” brings together a wide range of institutional forces implicated in literary production, paying special attention to three eras of writing that sought to defy political orthodoxies by contesting linguistic conventions: avant-garde modernism of the early twentieth century; social-movement writing of the 1960s and 1970s; and, in the twenty-first century, the profusion of English-language works incorporating languages other than English. Spahr shows how these literatures attempted to assert their autonomy, only to be shut down by FBI harassment or coopted by CIA and State Department propagandists. Liberal state allies such as the Ford and Rockefeller foundations made writers complicit by funding multiculturalist works that celebrated diversity and assimilation while starving radical anti-imperial, anti-racist, anti-capitalist efforts. Spahr does not deny the exhilarations of politically engaged art. But her study affirms a sobering reality: aesthetic resistance is easily domesticated.

About the Author: Juliana Spahr edits the book series “Chain Links” with Jena Osman, the collectively funded “Subpress” with nineteen other people, and “Commune Editions” with Joshua Clover and Jasper Bernes. She is a contributing editor to “Commune” magazine. With David Buuck, she wrote Army of Lovers. She has edited with Stephanie Young, “A Megaphone: Some Enactments, Some Numbers, and Some Essays about the Continued Usefulness of Crotchless-pants-and-a-machine-gun Feminism” (Chain Links, 2011), with Joan Retallack, “Poetry & Pedagogy: the Challenge of the Contemporary” (Palgrave, 2006), and with Claudia Rankine, “American Women Poets in the 21st Century” (Wesleyan University Press, 2002). 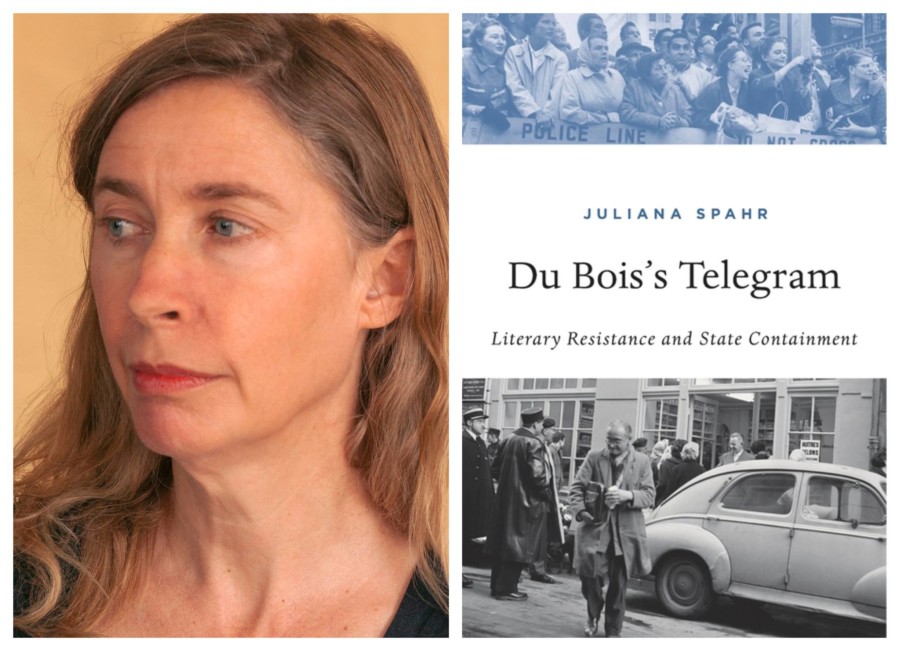