In Hong Kong, a network of pedestrian passages connects public and private space in one of the densest cities in the world across a challenging topography. This three-dimensional maze connects train stations, hotels, office towers, and housing estates across boundaries of class and culture; forming an alternative to the colonial logics under which it was founded and governed for most of its history, and grounds for discourse over its political future. In Chicago, the city’s Pedway links residential and commercial buildings to transportation facilities underneath the city’s downtown core. Offering the possibility of movement outside of Chicago’s famous grid, it creates opportunities, like getting lost, that work against the city’s own founding logics of modernity and exchange. As “short-cuts,” both of these networks share a role in providing escapes from their city’s primary structures and organizing narratives; showing that in alternative space, alternative cultures can thrive.

Jonathan D Solomon is Associate Professor and Director of Architecture, Interior Architecture, and Designed Objects at the School of the Art Institute of Chicago. His drawings, analytical and counterfactual urban narratives, appear in Cities Without Ground (ORO, 2012), and 13 Projects for the Sheridan Expressway (PAPress, 2004). Solomon edits Forty-Five, a journal of outside research, and was curator of the US Pavilion at the 2010 Venice Architecture Biennale. His interests include extra-disciplinary, post-growth, and non-anthroponormative design futures. Solomon received a BA from Columbia University and an MArch from Princeton University and is a licensed architect in the State of Illinois. 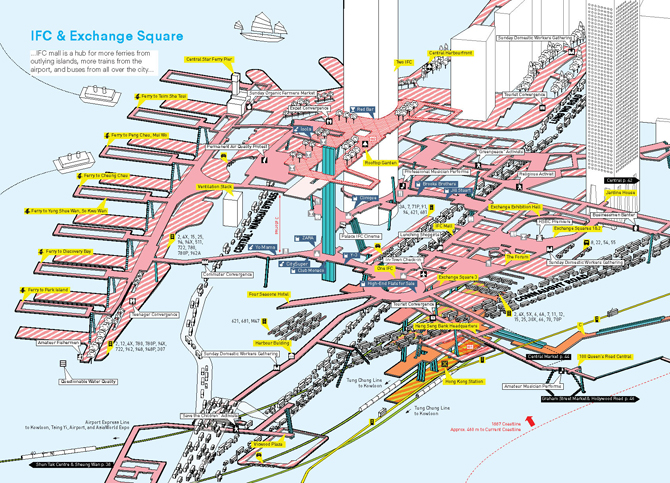