Since its founding in 1970, the International Black Writers Conference (IBWC) served as an important point of connection for Black writers in Chicago and beyond under the leadership of its founding executive director, Alice Browning, who organized the conference until her passing in 1984.

Therefore, as a tribute to Browning’s legacy and as part of the Smart Museum of Art’s exhibition The Time Is Now!: Art Worlds of Chicago’s South Side, 1960–1980, her work will be honored and uplifted through a revisiting of the International Black Writers Conference (IBWC). Bringing together literary giants across genres and experience levels, IBWC showcased writers at the top of their game and the global Black literary community by focusing on the challenges, points of progress, and pressing questions of the industry. This revisiting of IBWC will do the same while bringing together writers who participated in the original conferences and also seasoned and emerging Chicago-based writers who are unknowingly continuing Alice Browning’s legacy in their own ways.

The conference will include a series of intimate roundtable discussions and readings that explore the topics of Poetry and Lyricism; Narrative and Storytelling in Film and on Stage; Cultural Commentary and Criticism; and Black Press, Publishing, and Journalism.

The keynote will be delivered by Dr. Haki Madhubuti of Third World Press with closing remarks by poet and musician Maggie Brown who will speak to the range of legendary writer, poet, and activist Oscar Brown, Jr.’s work and what she’s discovering while organizing his archives.

11:30am
Keynote Address from Dr. Haki Madhubuti of Third World Press
Poet, activist, and founder of Third World Press Dr. Haki Madhubuti was one of the original participants in Alice Browning’s International Black Writers Conferences over the years. In this keynote address he will talk about his experiences as a poet in Chicago in the 1960s and 1970s and the evolution of Chicago’s Black literary landscape.

5:30pm
Maggie Brown and the Oscar Brown, Jr. Archives
Writer, poet and musician Maggie Brown on the work of her father, prolific poet, essayist, playwright, musician, and activist Oscar Brown, Jr (1926-2005), the discoveries she’s making while exploring and cataloging his archives, and the ways in which she is continuing his legacy. During her talk she will give a reading from his repertoire of work and her own.

_
The event is presented as part of the Revisited/Reflected series.

FREE, but space is limited. Please register in advance.

This program is organized by Tempestt Hazel, an independent curator, writer, artists’ advocate, and founder and director of Sixty Inches From Center. The Revisited/Reflected series also includes Black FolkUs, Revisited (October 27) and is presented in conjunction with the Smart Museum of Art’s exhibition The Time Is Now! Art Worlds of Chicago’s South Side, 1960–1980 and Art Design Chicago, a citywide exploration of Chicago’s art and design legacy.

About Alice Browning
Alice Browning was a Bronzeville-based writer, grassroots publisher, editor, and executive director of the International Black Writers Conference (IBWC). She was also one of the first publishers of short stories by celebrated writers like Langston Hughes and Gwendolyn Brooks in the 1940s with Negro Story Magazine, which she founded with Fern Gayden. Housed within the Vivan G. Harsh Research Collection at the Carter G. Woodson Regional Library, her papers and collection of chapbooks from Chicago poets, clippings, comics, manuscripts, and ephemera chronicling the writing scene during critical decades at the heart of the 20th century begs the question of why her name isn’t as know as those of the writers she championed. Learn more about her here. 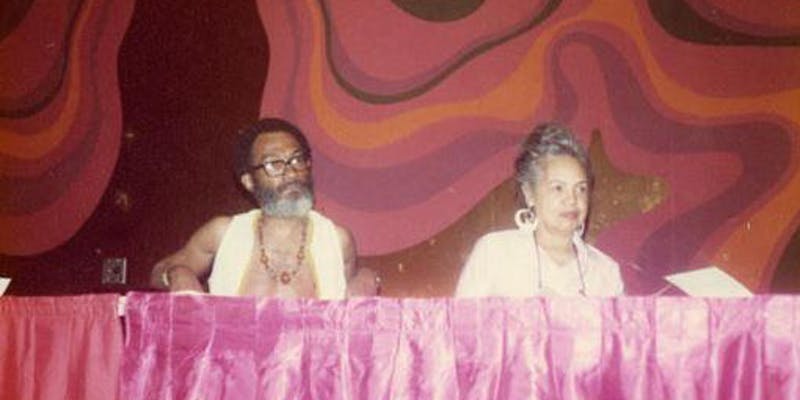