On view through Sunday, January 6th

In recognition of one of the most influential political movements in the past century, this exhibition will be taking place in conjunction with the 50th anniversary of the Black Panther Party’s Illinois chapter. The heartland exhibition of ICONIC: Black Panther will feature a mix of local emerging and established artists.

The same weekend that ICONIC: Black Panther opens, the Black Panthers in Chicago will also be kicking off a year-long community outreach campaign in honor of the 50th anniversary of the Illinois chapter, implementing each of the survival programs such as food giveaways and testing for sickle cell disease over the course of the year. Additional programming in partnership with the local Black Panther Party members over the eight week run of the exhibition will be announced as it is confirmed. 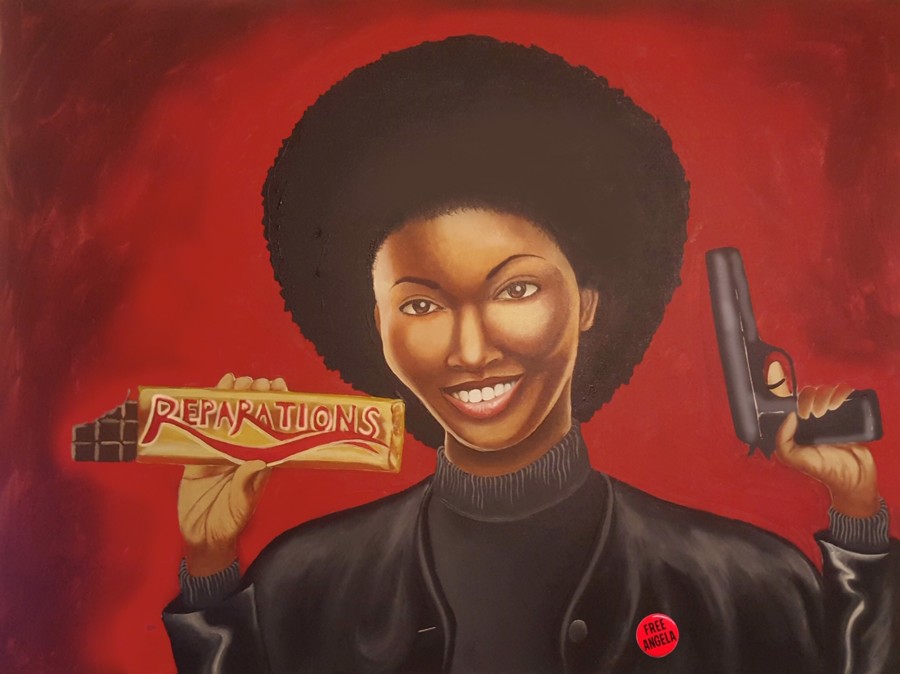