On view through Sunday, June 9th

Join exhibition curators for a talk on the opening day of Groundings.  Grace Deveney and Tara Aisha Willis will invite a set of artists working in the fields of visual and performing art to consider the invisible forces that affect movement as well as movement’s relationship to identity and action.

Groundings explores movement—both seen and unseen—through a series of residencies with artists who work in dance, music, and performance art. Using durational processes, the artists inhabit and shape the gallery space alongside works from the MCA’s collection. The exhibition considers the reciprocal influence between bodies in motion and the invisible forces that govern movement, such as gravity, time, and electricity. Featured collection works consider movement and its relationship to identity, place, and action. Over the run of Groundings, the performers hold open rehearsals in which they create performances and physical objects that speak to the themes of the exhibition.

The exhibition is organized by Grace Deveney, Assistant Curator, and Tara Aisha Willis, Associate Curator of Performance. It is presented in the Turner Galleries on the museum’s fourth floor.

Performers-In-Residence
Over the course of the exhibition the following performers will be in the galleries Tuesday, 1–6 pm; Wednesday–Saturday, noon–5 pm; and Friday, 1–6 pm.

Anna Martine Whitehead is working on Notes on Territory, a performance lecture about architecture and freedom. The formal themes Territory investigates are space, surveillance, sound, and light. Whitehead plans to explore the architecture of the museum generally, as well as the constraints and flexibilities of the Groundings gallery and dance floor. Working with experts and experimenters in the fields of surveillance, sound, and light, Whitehead builds a modular space for future iterations of the project and uses the MCA as a site to host Future Supper, a conversation about prisons with family over good food.

Mariana Valencia is researching a performance lecture that will interrogate various ways of making sound. The dance will be developed from different stepping forms from American folk dances, tap, and flamenco that she calls “soundings.” The work synthesizes these elements and investigations into a performance that invites her audience to learn, listen, and to think about their own narratives and production of sound.

Jennifer Harge is currently developing TOMBOY, an immersive exhibition that premieres in Detroit later in 2019. TOMBOY invests in the creation of black space and black queer liberation practices through the mundane, the intimate, and the home. Much of Harge’s work is guided by scores—a series of written prompts that activate movement and initiate research. During the residency Harge plans to develop and experiment with scores that prioritize domestic mundanity, black interiority, and choreographing pleasure.

Patricia Nguyen explores the cartographies of refuge and containment through her series of meditations on detentions and deportations of Southeast Asian Americans. Nguyen sews herself into moving sculptures, experimenting with her own breath and white fabric, or khăn tang, used in Vietnamese death ceremonies to honor lives lost. The fabric’s measurements are based on the dimensions of various detention center cells across the US. The thread is from the flags of countries that have signed repatriation agreements with the US, which can expedite deportation. During this residency, Nguyen will imagine possibilities for transgression as her body slips across the cracks, fissures, and holes created by these materials, investigating gestures of resistance within and through conditions of capture.

Brandon Markell Holmes turns his five hours a day, five days a week spent in the gallery into Office Hours: diligently marking time, he investigates how time passes, how the present moment can be suspended, and whether the artist’s presence is integral to the presence of an artwork. Holmes documents his stay in the gallery with photography, video, and musical composition. 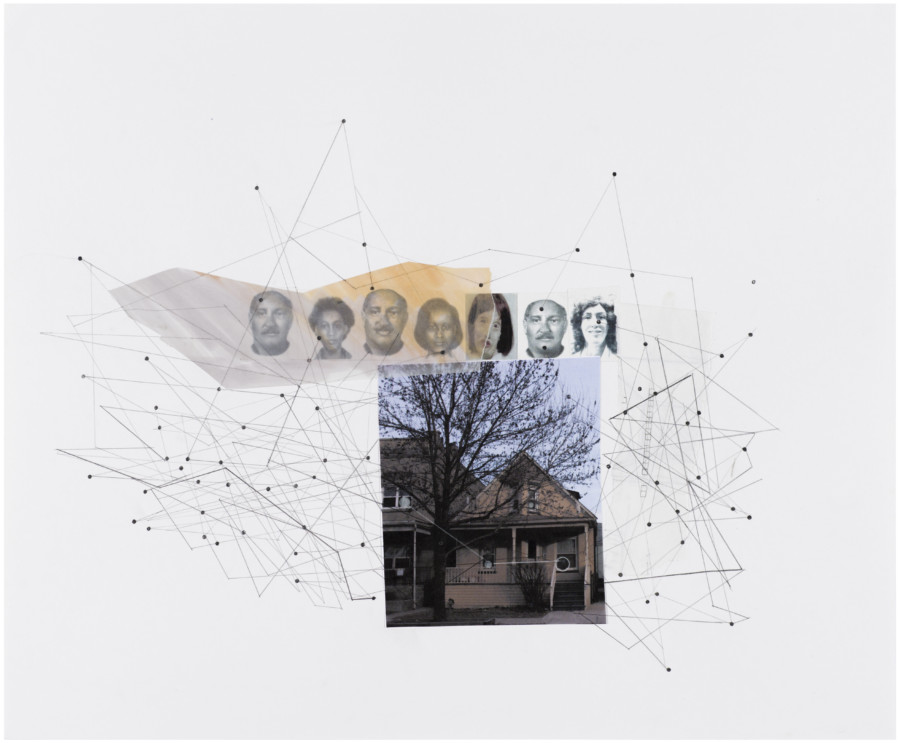