“Timely and important . . . a strong testament to the resilience of the radical black liberation movement as well as an impassioned appeal to continue the fight for social justice in a political environment characterized by increasing hostility to equality and difference.” -Kirkus Reviews.

Carruthers discusses “Unapologetic: A Black, Queer, and Feminist Mandate for Radical Movements.” A Q&A and signing will follow the discussion.

Presented in partnership with the Pozen Family Center for Human Rights

About the book: Drawing on Black intellectual and grassroots organizing traditions, including the Haitian Revolution, the US civil rights movement, and LGBTQ rights and feminist movements, “Unapologetic” challenges all of us engaged in the social justice struggle to make the movement for Black liberation more radical, more queer, and more feminist. This book provides a vision for how social justice movements can become sharper and more effective through principled struggle, healing justice, and leadership development. It also offers a flexible model of what deeply effective organizing can be, anchored in the Chicago model of activism, which features long-term commitment, cultural sensitivity, creative strategizing, and multiple cross-group alliances. And Unapologetic provides a clear framework for activists committed to building transformative power, encouraging young people to see themselves as visionaries and leaders.

About the author: One of America’s most influential activists, Charlene A. Carruthers has spent over a decade developing leaders as an effective strategist, community organizer, and educator. She is a Black lesbian feminist and founding national director of the BYP100 (Black Youth Project 100), a leading organization of young activists in the movement for Black liberation. Her work has been featured in outlets including the Nation, NBC News, BBC News, Huffington Post, the New Yorker, Al Jazeera, Ebony, USA Today, and the Washington Post. Carruthers was born, raised, and still resides on the South Side of Chicago. 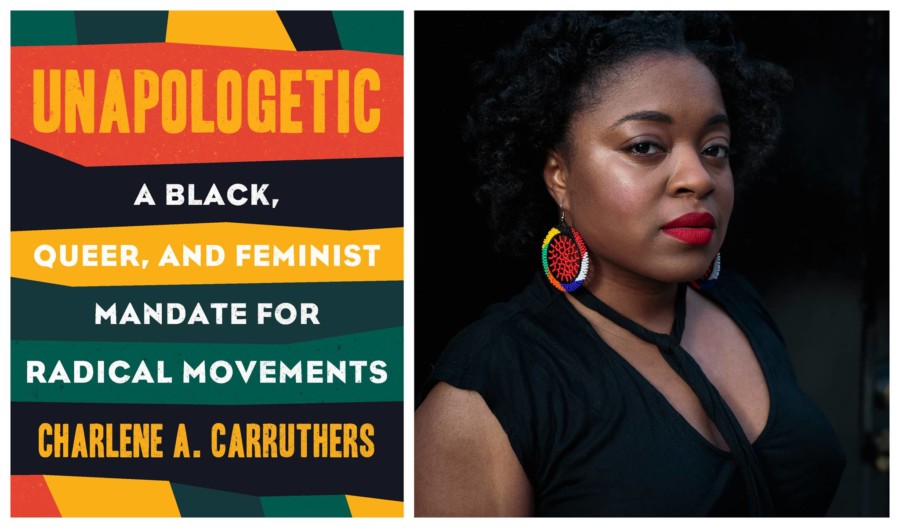