Join UIC’s Electronic Visualization Lab (UIC’s EVL) co-director Dan Sandin for a special demonstration of Particle Dreams in Spherical Harmonics in the CAVE2: the next-generation virtual reality and visualization hybrid environment for immersive simulation and information analysis. Following their development of the CAVE virtual reality environment in 1992, CAVE2 was created by UIC’s EVL and consists of 8-foot-high screens that encircle the viewer by 320 degrees. Participants have the chance to step into this cylindrical array of screens and watch real-time interactive animations surround them.

Dan Sandin is an internationally recognized American video and computer graphics artist, designer, and researcher who has pioneered major developments in computer graphics, electronic art, and visualization. He is a Professor Emeritus of UIC’s School of Art & Design, as well as co-founder and co-director of UIC’s EVL. Sandin has received several awards including the Guggenheim Fellowships awarded for video and sound in 1978, the National Endowment for the Arts (NEA) for video art (with Stevenson Palfi) in 1981, and the Inventor of the Year award from the University of Illinois in 2000. 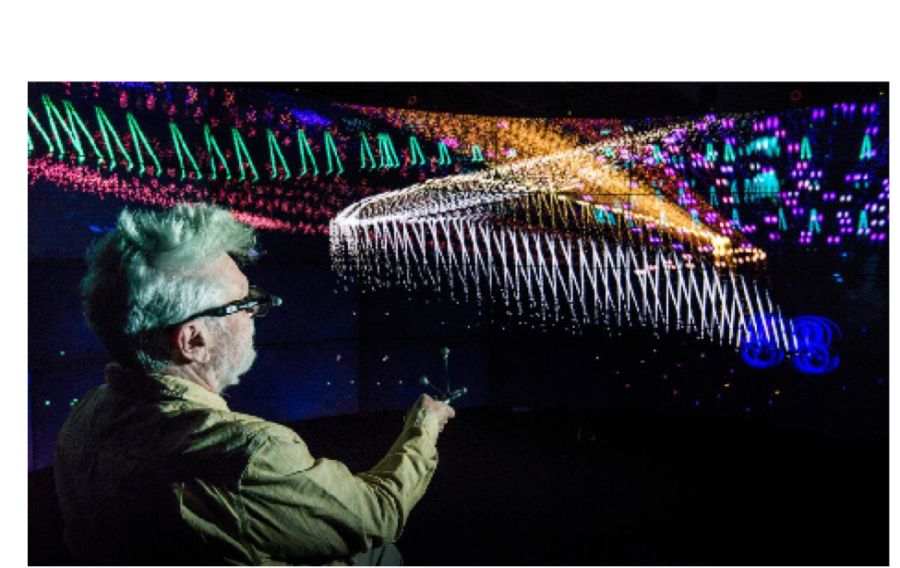