On view through Saturday, November 10th

“Untitled (After Tang Chang)” by Irene Hsiao (Thurs/Sat)
Ethnically Chinese, nationally Thai poet and painter Tang Chang distilled writing to its emotional and physical impulses, ritualistically copying over words until they formed landscapes and geometric forms, stripping calligraphy down to the abstract trace of the body on canvas. Dancer Irene Hsiao takes the energetic impulses he leaves behind in his work and reads them as a score for movement, embodying these traces in our space and time, considering questions such as, what is the difference between writing and painting? When does the mark erase? How Chinese is this work? What does it mean to write, again and again, “person”?

“a glimpse of me, my mom” by Helen Lee (Thurs/Sat)
Helen Lee unpacks family history and investigates home, identity, memory, travel, migration, immigration, displacement, belonging, guilt, shame and what it means to be American through performance, storytelling, video, animation and installation.

“THE PARENT TEACHER MEETING REGARDING THE STATUS OF BANNED AND/OR CENSORED PICTURE BOOKS WITHIN THE KINDERGARTEN LIBRARY Or Sullied” by A-Squared Theatre (Thurs/Sat)
A short play by Preston Choi. Directed by Carol Ann Tan.
A parent-teacher conference becomes a debate about whether Asian Americans should forgive Dr. Seuss for his racist political cartoons.

Stir-Friday Night! (Fri)
Stir Friday Night is a nonprofit Asian-American theater company, that specializes in sketch comedy and improv. Their mission is to affect the perception of Asian Americans, improve representation, and provide opportunities for minority artists. Through comedy, they seek to create greater understanding and justice in the world.

Sugimoto/Hatwich Duo (Fri)
Mai Sugimoto – saxophone
Anton Hatwich – bass
“As improvisers, anything and everything can be an inspiration: the sounds we create on our instruments, the acoustics of the room, the surroundings. Our core inspiration is in each moment.”

A-Squared Theatre was founded in December 2006 by a collective of Asian American theatre artists based in Chicago. As an Asian American theatre company, A-Squared Theatre provides opportunities for Asian American theatre artists to develop and showcase their work and talent by staging stories that accurately depict the Asian American cultural identity and experience. A-Squared’s productions and readings also educate the general public on issues relevant to the Asian American community, such as family, immigration, assimilation, social justice, sexuality, mental health, and other pertinent themes. By addressing these important issues, A-Squared creates theatre that reflects the diversity of Asian cultures present in the Chicago area. Previous A-Squared productions include the 2016 and 2017 editions of the A-Squared Asian American Performing Arts Festival (co-presented with Links Hall and Asian Improv Arts Midwest), American Hwangap (co-produced with Halcyon Theatre), Cowboy Versus Samurai, Ching Chong Chinaman, the My Asian Mom series of short plays, Really Rosie, The Other Shore (co-produced with CIRCA Pintig), The Wind Cries Mary, and Trial By Water. https://www.asquaredtheatre.org/

Preston Choi is a Chicago based playwright/actor from Atlanta. His plays have been developed/produced with Silk Road Rising, A-Squared Theatre, Artists at Play, CAATA, Victory Gardens, G45 Productions, Wave Productions, Purple Crayon Players and Vertigo Productions. He received the Agnes Nixon Playwriting Award for his play A Great Migration. He was the recipient of an Undergraduate Research Grant from Northwestern University for research into plastic surgery, aesthetic beauty, and reality television. He graduated from Northwestern University in 2018 with a BS in Theatre within the Playwriting Module.

Irene Hsiao is a dancer, writer, and art enthusiast. In addition to this piece, inspired by The Painting That Is Painted With Poetry Is Profoundly Beautiful, the first American solo exhibition of Thai artist Tang Chang at the Smart Museum of Art, Irene’s recent work includes Dialogo Dialogo, in/on/at/with Virginio Ferrari’s sculpture Dialogo, accompanied by composer and carillonneur Joey Brink, and The Radiant and the Dead, a site-specific collaboration with Connor Plunkett and India Weston on Emmanuel Pratt’s Radical (Re)Constructionsinstallation, both presented by the Smart. She has also danced with the fish in Philippe Parreno’s My Room Is Another Fish Bowl at the Art Institute, with the monsters in the Smart’s Monster Roster. As a dancer, she has worked with Kinetech Arts, Alma Esperanza Cunningham Movement, Labayen Dance/SF, Lenora Lee Dance, Winifred Haun & Dancers, Erica Mott Productions, South Chicago Dance Theatre, Yin He Dance, and projects by Carole McCurdy, Nejla Yatkin, and others. Her writing has appeared in Los Angeles Review of Books, SF Weekly, Chicago Reader, KQED Arts, Bay Area Reporter, Newcity, Cambridge Quarterly, Victorian Poetry, Multi-Ethnic Literature of the US, Literary Imagination, Modern Philology, Word Riot, elimae, A Clean Well-Lighted Place, and Sweet, as well as in the book Peter Pan In and Out of Time. Her picture book Letter from Taipei was published in 2014. Irene is on staff in the Department of Chemistry at the University of Chicago. Special thanks to Orianna Cacchione, Curator of Global Contemporary Art at the Smart Museum of Art, Erik L. Peterson, Manager of Family Programs and Student Engagement at the Smart Museum of Art, Amy Ruehl, Assistant Registrar at the Smart Museum of Art, Cary Shoda, Artistic Director of A-Squared Theatre Workshop, Doremi Feng, Angela Tam, and Urs Schmidt-Ott. https://irenechsiao.wordpress.com/

Helen Lee was born and raised in Chicago, after her parents immigrated from South Korea in the mid-1970s. She attended the University of Hawaii where she studied dance and theatre and was first introduced to Butoh. She has performed at Hamlin Park, Links Hall, Loyola University Museum of Art (LUMA), in New York and Germany. Currently she is an MFA candidate at SAIC in the Performance Department. In 2007, Lee received the Dance Bridge Residency at the Chicago Cultural Center and performed at various Michigan lighthouses from 2011-2016. I was mentored by Noémie Lafrance to create, direct and choreograph a short experimental dance film for Experimental Film Virginia. The short film was presented by Dance Film Association in New York and for Chicago Onscreen at Northerly Island Park. St ). Lee was an Awardee for Chicago Moving Company’s D49 program and had the opportunity to present a new work, Watermelon Graveyard, with Carl Wiedemann as an Affliate Artist for Dance Shelter 2016. Lee has been teaching yoga since 2007 and has taught in China, Belize, India, Italy and Mexico. http://www.saic.edu/academics/departments/performance/people/helen-lee

Natya Dance Theatre (NDT), under the artistic leadership of Hema Rajagopalan, is one of the most critically acclaimed and culturally treasured Indian dance companies in the United States. Natya was founded in 1974, in Chicago, IL. The highly innovative work of NDT offers profound and subtle expressions of humanity’s deepest questions and values in the context of our present-day lives. Rooted in Bharata Natyam, one of the great classical dance forms of India, NDT preserves and perpetuates Bharata Natyam in all its classical rigor, and moves the art form in innovative directions to foster cultural exchange through dance. NDT’s contemporary interpretations incorporate dynamic body movement, rhythmic footwork, hand gestures and facial expressions to convey meaning and emotion that create rasa, aesthetic experiences that spiritually transform audiences worldwide. Audiences and critics worldwide have recognized the artistic excellence of the NDT Company, which The New York Times hailed as, “Triumphant…an enticing mixture of restraint and abundance.” Recent celebrated performance highlights include: performances with cellist Yo-Yo Ma and the Silk Road Ensemble before an audience of 13,000 in Chicago’s Millennium Park; NDT’s selection as the first American company ever to appear at the prestigious World Music Institute in New York City; and serving as the only dance company selected to create an original work for performance at the 2002 Olympic Games in Salt Lake City, Utah.NDT is a six-time recipient of the Chicago Reader “Critic’s Choice Award”. In 2003, NDT was the first Indian dance company to receive the prestigious Chicago Dance Award, and is a 2004 recipient of the Paul Berger Arts Entrepreneurship Award from Columbia College Chicago. NDT was featured in 2005 in The Chicago Dance Project, a 13-part series produced by PBS, and in 2006 in Arts Across Illinois CenterStage on WTTW Channel 11, and in a 1994 PBS production, World Stage Chicago, for which Hema Rajagopalan received an Emmy award. NDT has been presented regularly at some of the Chicago area’s finest venues including the Ravinia Festival, the Museum of Contemporary Art, The Dance Center of Columbia College Chicago, and McAninch Arts Center at College of DuPage. National and international presentations include performances at Lincoln Center for the Performing Arts, the Kennedy Center for the Performing Arts, the Smithsonian in Washington, DC, the Avignon Festival in France, and the Music and Dance Festival in Madras, India, among other major venues. Furthering the belief that cultural exchange and artistic collaboration are vital to expanding expression and understanding, NDT has created works with numerous partners, including the Chicago Symphony Orchestra, Lookingglass Theater Company, and the City of Chicago Department of Cultural Affairs. Natya Dance Theatre is a 501(c)(3) organization partially supported by: the Alphawood Foundation, a CityArts grant from the City of Chicago Department of Cultural Affairs and Special Events, the Gaylord and Dorothy Donnelley Foundation, the Illinois Arts Council, a State agency, the John D. and Catherine T. MacArthur Foundation, the MacArthur Fund for Arts and Culture at Prince, Polk Bros. Foundation, and by the generosity of individual donors. http://www.natya.com/

Stir-Friday Night! is a 23-year-old Asian-American comedy group, based in Chicago. They’ve performed all over Chicago, including at Second City, iO, Annoyance, and Steppenwolf’s 1700 Theatre. Stir Friday Night has also toured and performed at festivals around the country. Some of our alumni include Danny Pudi from Community, and Steven Yeun from The Walking Dead. They’re also a nonprofit theater company, specializing in sketch comedy and improvisation. And we also offer touring shows and workshops for schools, companies, and organizations. For more info, go to stirfridaynight.org. If you’d like, you can make a tax-deductible donation, and find them on Facebook, Twitter, and Instagram (@stirfridaynight).

Mai Sugimoto is a Japanese born saxophonist and composer living in Chicago, IL. As a child growing up in suburban Tokyo, Sugimoto was surrounded by her dad’s record collection. This soundtrack to her childhood, everything from classical to Motown to jazz, was seminal in her early development. She still remembers the moment that changed everything: hearing Eric Dolphy’s At the Five Spot for the first time. Fast forward to the present and one can find Sugimoto playing her own saxophone, striving for the same musical magic that moved her to be a musician in the first place. She performs frequently throughout the Chicagoland area and is a member of Hanami, a quartet that features her original work and arrangements of Japanese music. She has also performed with the great Chicago bassist Tatsu Aoki and his projects: a collaboration of Japanese traditional instruments and improvisational music. Sugimoto credits this experience for moving her to want to rediscover her Japanese roots and the nostalgic sounds she grew up with. Sugimoto draws additional inspiration from Lennie Tristano and his improvisational approach, 90’s and early 00’s J-pop, the Beatles, Glenn Gould, and the creative music scene of Chicago. She continues to channel these inspirations and others into writing for her new quartet which she debuted in 2016. The debut album of Sugimoto’s quartet music will be released in November of 2018. 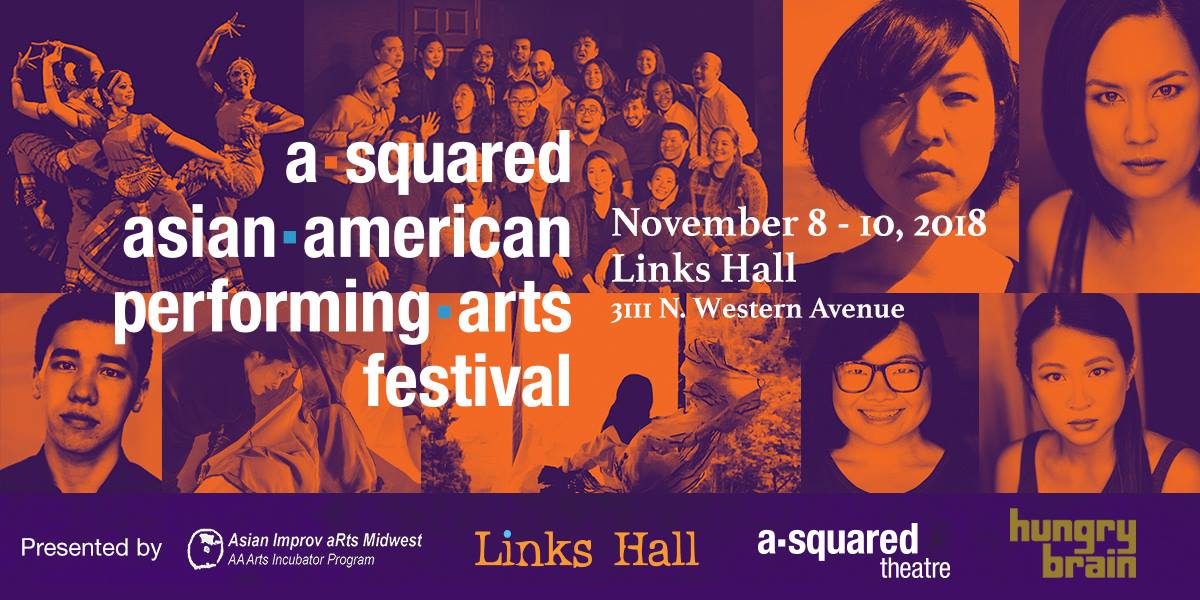