Re: A Two-Volume Exhibition – Michal Martychowiec: The Nor’easter Blows

Re: first opens with The Nor’easter Blows on October 19, and then Re-opens with Temporary Fields on November 9. Re: is curated in collaboration with Jacob Zhicheng Zhang and supported in part by the Adam Mickiewicz Institute. This exhibition accompanies Reminiscing/Reinventing, a SAIC-sponsored graduate symposium on nostalgia and media scheduled to take place on October 26, 2018.

The Northeaster blows
Among all the winds the one
I love the best, because it portends
A fiery spirit and a good journey to sailors

Michal Martychowiec once pointed out the conceptual duality of the Northeaster, which is here colloquially termed the Nor’easter and transposed to the American context. The natural phenomenon forebodes an impending harsh weather as well as an uplifting sentiment, but the Romanticist conception of it tactfully ignores potential contradictions in favor of sublimating the mood. At last, the disastrous aspect of the natural phenomenon survives conceptually, albeit rendered curiously implicit.

The Nor’easter Blows features Martychowiec’s three works, The incredulity of Saint Thomas (2016), The shrine to summon the souls (2013), and In memory (2013). Sourcing tangible materials from world history, personal memories, and art historical myths, Martychowiec’s art wittily reflects on private/public events and traumas while not forgetting to poke fun at his own act of appropriation.

Michal Martychowiec (b. 1987) creates conceptual series of photographs, films, drawings, neons, objects, mixed media installations, and environments. He is a visiting lecturer at the China Academy of Art in Hangzhou. Martychowiec’s oeuvre consists of mixed media practice designed in larger series. It is thus always developed hermeneutically around an expanded topic. A new field of his invention is recreation of avatars and other personas.

In 2013, when Tamer Hassan and Armand Yervant Tufenkian began making the film Accession, they came across a small box of letters while visiting a seed company in Virginia, in which each letter accompanies a tiny envelope of seeds. This marked the beginning of their collecting family histories, stories of particular varieties and mundane details of everyday life. Not knowing where the next letter would take them, they used 16mm to film at unexpected addresses. The film Accession inquiries about the idea of loss central to the practices of ethnographic studies, documentary, preservation of specimens and the archive. Archives, like ethnographic projects, are premised on a view of the cultures and customs they document on the brink of disappearance. The knowledge of seed keeping manifests itself through the repetition of routine gesture that maintains the plant from season to season. This knowledge has not, and ultimately cannot, be preserved in an archive. It is maintained through practice.

Temporary Fields frames the film Accession in an exhibition installation, treating the gallery site as a temporary archive and point of confluence for exchanged seeds, letters and ephemera. In Temporary Fields, different historical, personal, and collective temporalities are brought together to make new relationships possible.

Tamer Hassan and Armand Yervant Tufenkian have collaborated since 2008 and have shown their work in festivals, galleries and cinemas internationally. Tamer studied at the School of the Art Institute of Chicago and currently lives in Chicago. Armand studied philosophy, poetics, and filmmaking at Duke University and lives in Los Angeles where he is completing an MFA at CalArts.

Jacob Zhicheng Zhang calls Nanjing, China home and lives in Chicago. He received a BA in Art History and Chemistry from Colby College. After working in art conservation, Zhang is pursuing a MA in Modern and Contemporary Art History at the School of the Art Institute of Chicago. Zhang is interested in varied areas such as postcolonial, post-socialist studies, transnational histories/things/art/subjects, particularly those filtered through “Asia,” and queer performance and photography. 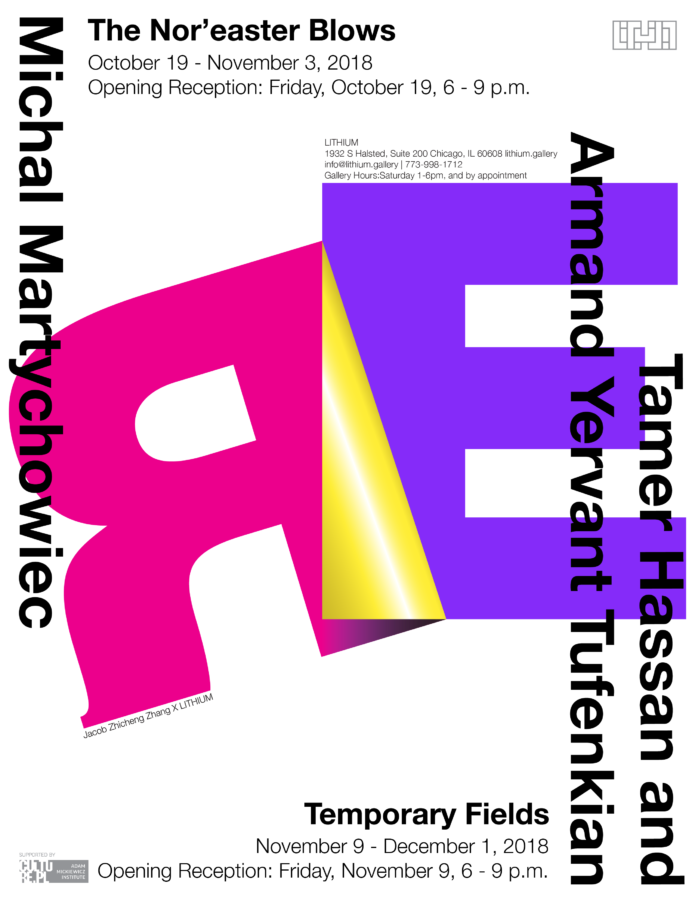