In their second exhibition together, artists Nico Gardner and Lauren Carter continuously shift between the personal and the general, the specific and ambiguous, creating new work in conversation with each other. With a primary focus on desire, ritual, identity, and the expression of human need, Static Cling addresses the power and persuasive nature of mundane, domestic objects.

Ordinary household possessions become intertwined in a person’s daily life as symbolic evidence of a sense of selfhood and identity. These metaphors are employed in this exhibition to explore the universal relationship between people and objects. Gardner and Carter’s use of found or purchased items is a starting point to explore themes that ultimately result in an investigation of both material culture and making. Continuing their collaboration together, Gardner and Carter riff off of each other’s frequencies to disrupt their respective practices. The artists ultimately create new works that highlight similarities in their decision making while embracing their respective differences.

Nico Gardner is a Japanese-American interdisciplinary maker and critical thinker. He holds an MFA in Fiber + Material Studies from the School of the Art Institute of Chicago, a BA in Fine Arts, and a BA in Art History, both from Rice University in Houston, Texas. His work has been exhibited nationally and internationally and acquired by private collections.

Lauren Carter holds an MFA with Distinction from the University of New Mexico and a BFA from the University of Louisiana at Lafayette in Painting and Metalwork. Primarily working in mixed media sculpture and installations, she often includes found objects and personal items that are synonymous with loss, vulnerability, and sentimentality. Carter is a native of south Louisiana and presently lives and works in Chicago, Illinois where she is a teaching artist at Marwen. 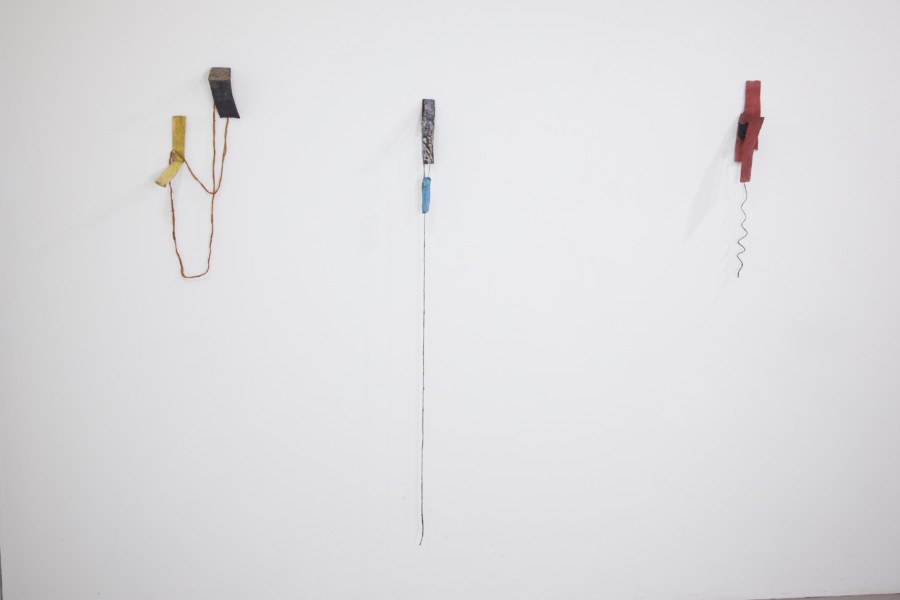