ORBIT, is pleased to present a visual and performative exhibition Drawing Lessons In Orbit by artist, Mel Andringa, October 19 – November 24, 2018. An opening reception for the artist will take place on Friday, October 19 from 5:00 – 8:00 p.m. with an artist’s talk at 7:00 p.m.

The exhibition will showcase recent additions to a fifty year-long, body of visual artwork and performance by Mel Andringa, aka The Drawing Legion including:

• From Ka Mountain, in 1972, Robert Wilson and the Byrd Hoffman School of Byrds (of which Andringa was a member) staged a 168-hour performance on a mountain in Iran. The work was unfinished, but it was the genesis for the dramatic changes in the company.

• From De Kooning en Ik (The King and I), a project about a famous artist, his caregivers and his legacy.

• And examples of Andringa’s inventive game boards and jigsaw puzzles made with ink, chalk, tempera, acrylic and polyuerothane on plywood panels, paper and felt.

The history of the Drawing Legion is unclear. An American artist, identified as Mel Andringa, (b. 1943, Holland, MI) began performing as the Drawing Legion sometime in 1974. Two years later, The Confidence=Man, an official presentation of the US Bicentennial was presented by the Drawing Legion, a performance company, at the Mickery Theater in Amsterdam, Holland.

During the next twenty years, eight original projects featuring historical artists, and demonstrating the art-making process were produced by ‘The Drawing Legion’ (Andringa and his collaborators?) working in New York, Amsterdam, and Iowa City. The productions traveled to over seventy American and Dutch cities.

The company moved to Cedar Rapids, Iowa in 1991, and formed Legion Arts, a non-profit, umbrella organization sheltering both the Drawing Legion, and a host of art presenting activities under the direction of F. John Herbert Ph.D., Andringa’s primary collaborator. Legion Arts, housed in CSPS, a historic Czech social hall, was a critical player in the development of New Bohemia, a Main Street USA-designated cultural district. 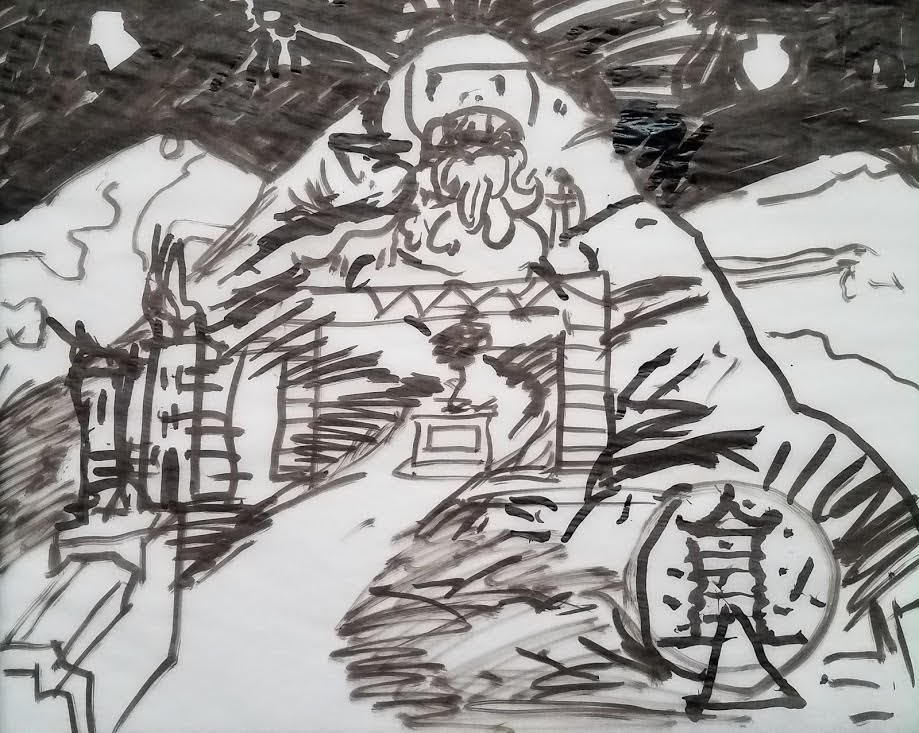