On view through Wednesday, October 27th

The exhibition Presidential examines how America’s political leaders are viewed outside of America. California-born photographer Jason DeBose brings a widely varied series of portrayals of occupants of the White House, as seen in public spaces from 2003 up to the present day. From shining statues to graffiti to protest rallies and several settings in between, DeBose calls attention to how each portrayal reflects the time in which it was created, given the precise nature of the country’s relationship with the Oval Office at the time each piece was created. Featuring work drawn from 14 countries including Germany, the United Kingdom, Poland, Serbia and Finland, Presidential offers a microphone to both congratulatory and concerned neighbors of the United States.

As described by the Helsinki-based DeBose, “Fifteen years ago when I shot the first piece in this collection, I never would have guessed I’d run into the faces and names of our presidents so regularly while outside of our borders; I knew our culture had garnered plenty of the world’s attention, but not on the scale where everyday people would name their restaurant after them or have imagery of them on their clothing. The level of variety in how they are portrayed has also been crazy to encounter: some of the messages and imagery that this exhibition shares look like passive-aggressive Post-It notes hung on an office refrigerator, others looked more like Renaissance-era frescos painted on the ceiling of a church. In the wake of the actions of four U.S. presidents, it has been enthralling to see how the feelings of the public overseas has differed from administration to administration as well as geographically, from region to region. 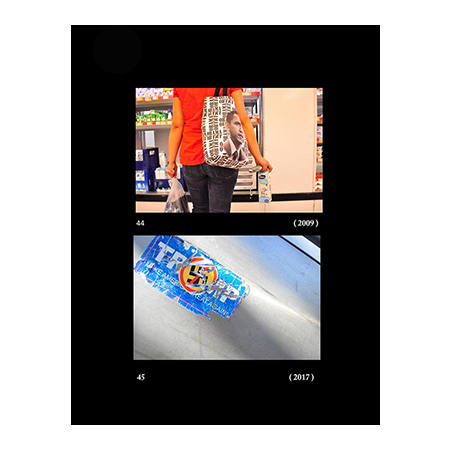