On view through Thursday, November 29th

On October 19th at 7 p.m., the Green Lantern Press in collaboration with Ace Hotel Chicago will celebrate the launch of Institutional Garbage, an experimental publication edited by Lara Schoorl that endeavors conjure of a 2016 online exhibition that originally presented the administrative residue of imaginary public institutions. The evening will include readings by Dao Nguyen, Willy Smart, and Anne Yoder, followed by performances by David Hall and Artist Statement.

Coinciding with this launch is the opening of FACSIMILE: a group exhibition at Ace Hotel Chicago guest-curated by Institutional Garbage contributor Britton Bertran. Featuring the work of Joshua Caleb Weibley, Omar Velazquez, Jason Pickleman, and Bean Gilsdorf, the show explores the residual effect of objects and ideas that pre-exist.

About the book: Curated by Caroline Picard and Lara Schoorl, Institutional Garbage (the book) is based on an online exhibit with the same name that resulted from a 2014 invitation from RISD students posed to the Green Lantern Press during the Hyde Park Art Center’s 75th anniversary. Both the online exhibition and the publication were designed by Pouya Ahmadi. 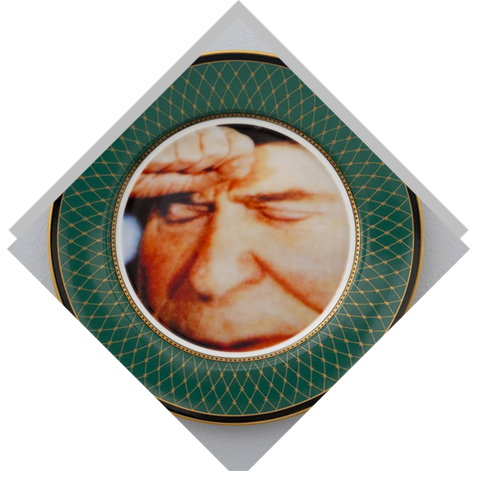