You Don’t Always Have To Be Who They Want You To Be, You Know.

On view through Monday, October 8th

Baby Blue is excited to announce a group exhibition of five Chicago based painters: Aviv Benn, Chris Capoyianes, Jenn Smith, Omar Velazquez, and Chris Williford. While their pieces range in style, they are held together by a similar goofy sensibility. They characterize a current generation of young painters who mix strange often cartoon-like imagery and painterly gestures. All five artists are included in the upcoming Midwest Issue (137) of New American Paintings.

Aviv Benn (b. 1988, Tel-Aviv), lives and works in Chicago. Benn completed her MFA in Painting and Drawing at the School of the Art Institute of Chicago in 2018 and her BFA at the Bezalel Academy of Arts and Design in 2013.Using expressive, immediate and comical painting language, Benn captures her feelings and reactions towards life in our current era an age of anxiety, fear and uncertainty. She paints a weighty topic in an apparently exaggerated and ironic way and with this juxtaposition, she creates a distance that enables viewers to reflect remotely on their own state of being. Benn had solo exhibitions at Raw Art Gallery in Tel Aviv in 2017 and Art von Frei Gallery in Berlin in 2016. She participated in various group exhibitions in New York, Chicago, Berlin, Leipzig and Tel-Aviv. She received the Rabinovich Foundation Grant in 2015.

Chris Capoyianes graduated from the School of the Art Institute of Chicago (SAIC) in the Spring of 2016, he lives and works in Chicago, IL. Chris’s paintings set the stage for addictive personalities and puts them under a spotlight. Often pulling from past work environments (typically bars) he explores an ongoing theme of nightlife, while adding snippets of dreams, superstition and fantasy. What does superstition look like? A seedy underbelly exposed in plain sight and other times only peeking through the shadows. Through the haze of debauchery lurks a sinister psychological frisson in which an altered state of consciousness subverts reality and appearances become deceptive.

Jenn Smith lives and works in Chicago, IL. She received her MFA from The School of the Art Institute of Chicago in 2016 and her BS from Illinois State University in 2001. A selection of recent exhibitions include The Beasts, Circle Contemporary, Chicago, IL; The Chicago Show, 56 Downing Street, Brooklyn, NY; and Winter Romance, Andrew Rafacz Gallery, Chicago, IL.

Omar Velázquez was born in Puerto Rico 1984. He obtained a BFA in Printmaking from the University of Puerto Rico and a MFA in Painting and Drawing from The School of the Art Institute in Chicago. He has presented several individual projects at the Puerto Rico Museum of Art, and the Puerto Rico Museum of Contemporary Art. He has been awarded for contemporary art and cultural institutions. His professional career includes the participation in group exhibitions, biennials and triennials. Shows outside Puerto Rico includes Japan, Beijing, Spain, Republic of Macedonia, New York, Chicago, Boston, Philadelphia, Argentina, Mexico and Colombia.

Chris Williford (b. 1993, Dallas, TX) received his BFA in Printmaking from the Maryland Institute College of Art in 2015, and MFA in Printmedia from School of the Art Institute of Chicago in 2018. Recent exhibitions include Fang Parlour (installation at SAIC MFA Show), Clemson National Print and Drawing Exhibition (Clemson, SC), Reckless A. Bandon at The Lunchbox (Milwaukee, WI), and Academy 2015: MFA/BFA Invitational at Connersmith Gallery (Washington, D.C.). His work will appear in New American Paintings #137, Midwest Issue (Fall 2018).

Tags: Aviv Benn, Baby Blue Gallery, Chicago, Chris Capoyianes, JENN SMITH, Lower West Side Chris Williford, Omar Velázquez, You Don't Always Have To Be Who They Want You To Be You Know. 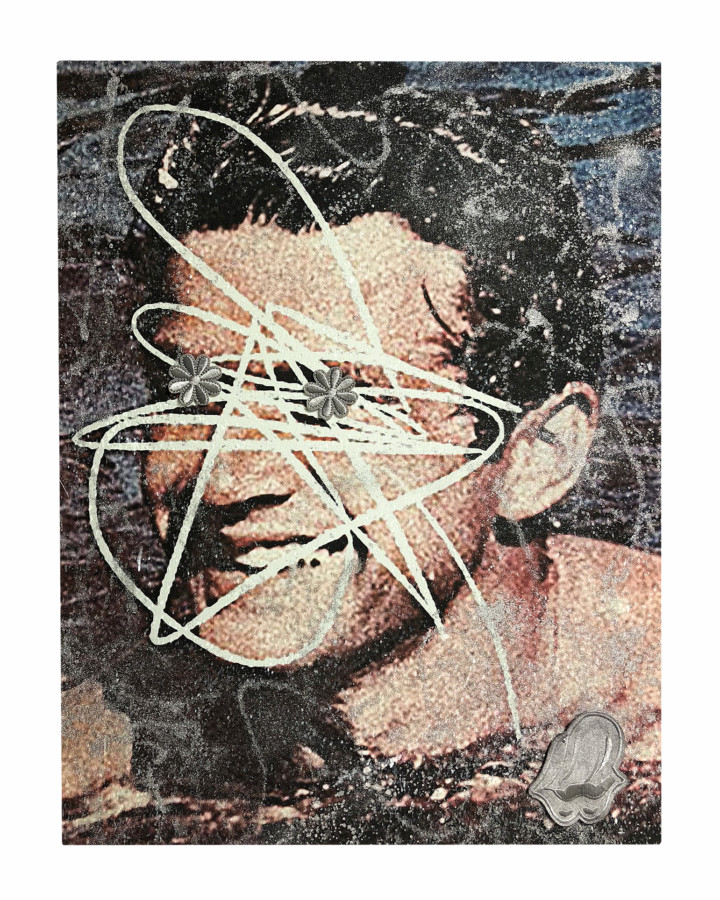