Wish You Were Here: Postcards and Visual Culture

The Newberry has recently acquired the Curt Teich Postcard Archives Collection, a remarkable collection of 2.5 million postcards, including the related design and business records of the Curt Teich Company. The Teich Archives offer a rich look into the history of printing, design, advertising, photography, and travel. This event will offer the first public presentation of the collection since it was donated to the Newberry Library by the Lake County Forest Preserve District, and will include an event display of examples from the collection, along with a panel discussion.

Panel Discussion
Katherine Hamilton-Smith, Director of Public Affairs and Development, Lake County Forest Preserves, oversaw the organization and preservation of the collection for many years at Lake County Discovery Museum. She will illuminate how the company—which was based in Chicago for its whole existence—figures prominently in the history of art and design in Chicago, from German immigrant Curt Teich’s experience at the 1893 Chicago World’s Fair to the company’s employment of many artists within the Chicago design community.

Mike Jackson, historian and architect, is a scholar of the American roadside and the built environment of Illinois, who has used postcards in his historic preservation work for decades. In particular, Jackson has studied archival images for downtown buildings across America. Among many images of towns small and large, the Teich Collection contains postcards depicting “Main Street” for hundreds of American cities.

Lisa Stone, curator of the Roger Brown Study Collection at the School of the Art Institute of Chicago, focuses on the preservation and interpretation of artist’s environments and collections, and the relationships between objects and creative practice.

Moderated by Liesl Olson, the Newberry’s Director of Chicago Studies.

At the core of the collection is the 360,000-card archive of Curt Teich, a company that operated in Chicago from 1898 to 1978 and was the world’s biggest printer of advertising and view postcards. Teich photographers took photographs in more than 10,000 towns and cities in the United States, Canada, and 115 other countries. The archive also includes the Leonard A. Lauder Raphael Tuck Collection of more than 35,000 “oilette” postcards, the John I. Monroe Collection of postcards printed by Paul Finkenrath of Berlin, the James R. Powell Route 66 Collection, the Richard Juvinall Amusement Park Collection; the Grant B. Schmalgemeier Century of Progress Collection; the Leonie DeAngelis Collection focused on fashion, genre, holidays, and patriotic subjects, and the Brian Bossier Collection of “real photo” postcards, an exceptional example of American vernacular photography.

Providing an overview of the many kinds of postcards in the Teich collection—most in mint condition, plus thousands that have circulated with messages—this program will engage the question: What does it mean to communicate through images?

This program is part of Art Design Chicago, an exploration of Chicago’s art and design legacy, an initiative of the Terra Foundation for American Art with presenting partner The Richard H. Driehaus Foundation. 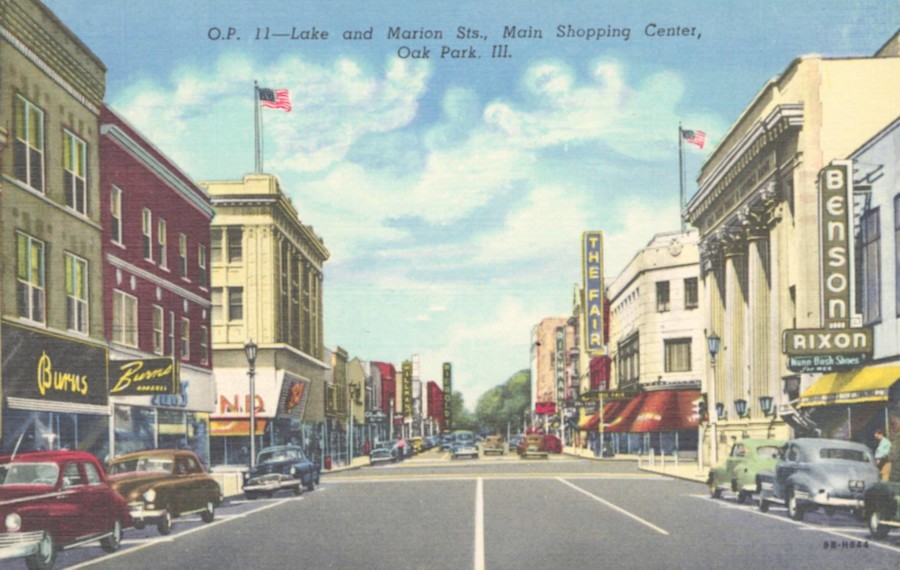