Photographer Whitney Bradshaw began the project “Outcry” on the night of the Women’s March in 2018. The series consists of over 100 individual portraits of women screaming, and continues to grow as the artist holds group photo sessions.

Bradshaw creates and encourages an empowering vision of contemporary women and captures both diversity and collective experience, drawing upon her own background in social work. Her process involves inviting groups of women who don’t know one another to her studio for a gathering, focusing on community building as well as supporting each other as they let out feelings that are often silenced or dismissed in our culture. “Outcry” is intended to provide women a space where they can be heard, supported and encouraged to speak out and up for themselves and for one another. The resulting photographs encourage viewers to consider important issues directly related to sexism and racism, as well as the resilience of survivors. Bradshaw emphasizes the importance of representing women of many different backgrounds and to draw attention to the ways women are and are not represented in visual culture and media. For the artist, the project also calls into question photography’s relationship with truth as many of the images appear to depict emotions ranging from laughter to joy, rather than outrage. “Outcry” challenges stereotypes around women and femininity, demanding reconsideration of beauty and power.

Whitney Bradshaw (American, b. 1969) is a photographer living and working in Chicago. 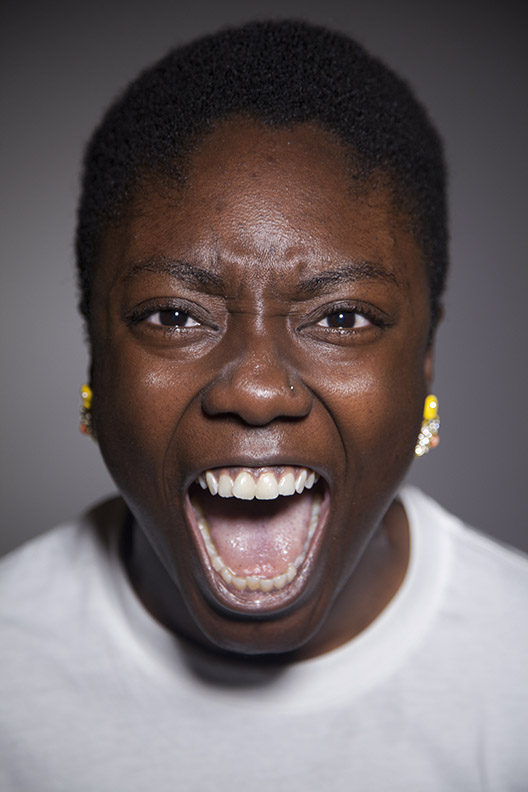