All are welcome to attend this FREE evening artist talk.

Tonika Lewis Johnson’s ongoing photography project, Folded Map, is a visual investigation of Chicago’s communities, using the grid system to identify and directly compare photographs and videos of north and south side blocks, she connects residents who live at corresponding addressing on opposite sides of the city. Through strategic visual comparisons, Folded Map draws attention to how segregation impacts Chicago neighborhoods and their residents. Join Lewis Johnson at Loyola University Museum of Art, where Folded Map is on display, for her conversation with Chicago residents who were photographed for the project.

Tonika Lewis Johnson is a visual artist and photographer from Chicago’s South Side Englewood neighborhood. She received her BA in Journalism and Photography from Columbia College Chicago in 2003 and her MBA from National-Louis University in 2005. In 2010, she helped co-found Resident Association of Greater Englewood (R.A.G.E.) and now she serves as its full-time Program Manager. She was featured in Chicago Magazine as a 2017 Chicagoan of the Year for her photography of Englewood’s everyday beauty, countering its pervasive media coverage of poverty and crime. In 2017, her two Englewood-based photography projects, From the INside, and Everyday Rituals, were exhibited at Rootwork Gallery in Chicago’s Pilsen neighborhood, the Chicago Cultural Center, and the Harold Washington Library Center in Chicago. In August 2017, the Chicago Reader ran a photo essay by Johnson as its cover story titled “Life Beyond the Headlines.” Her current project, Folded Map will be on display at Loyola University Museum of Art July 3 – October 20, 2018. 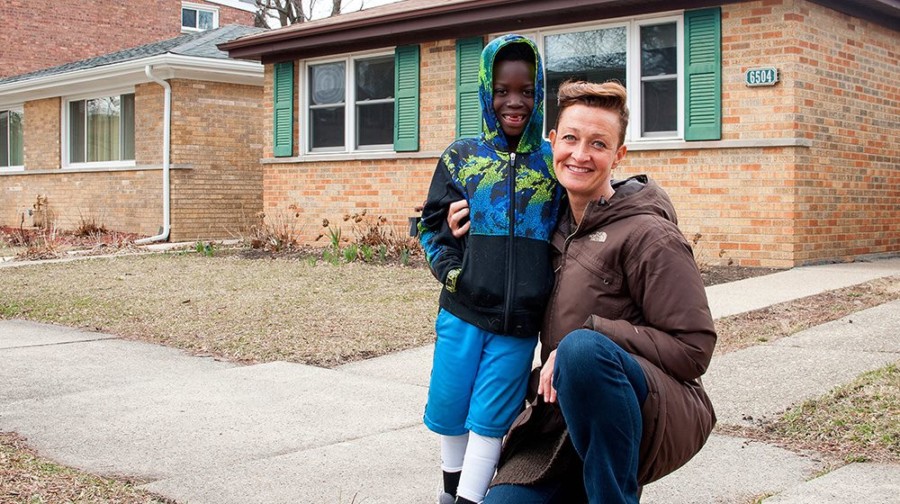