On view through Saturday, September 29th

Mariel Harari is a multimedia artist working in installation, fiber, video, sculpture and performance. She utilizes bright, tactile materials reminiscent of childhood, employing playful splendor as a lure. Harari creates immersive environments that blend autobiographical and fantastical narrative, often utilizing herself as a subject in conjunction with imagined creatures or landscapes. Seize is an imagined world grounded in laborious craft processes including weaving and bag making. Each process adds layers of texture and intimacy. The motif running throughout Seize features a slightly abstracted figure who appears to be pulling her own hair. The figure is both in control and subservient. She balances on lines between empowerment, sexualization and objectification.

Harari has been a sponsored artist at High Concept Labs as well as an artist in residence at both the Kimmel Harding Nelson Center for the Arts and the Vermont Studio Center. She earned her B.S. in Studio Art from Skidmore College, where she received the Marguerita Mergentime Award in Fiber Art. Her work has been exhibited throughout NY and Chicago and has been reviewed in publications such as Brooklyn Magazine. Harari was born and raised in Brooklyn, NY and currently lives and works in Chicago, IL.

Paul Gerard Somers is an artist and designer living and working in Chicago, IL Paul holds an MFA from the University of Chicago and has shown his work nationally and internationally. Paul’s work manifests itself in many formas ranging from sculptural objects to video and live performances. 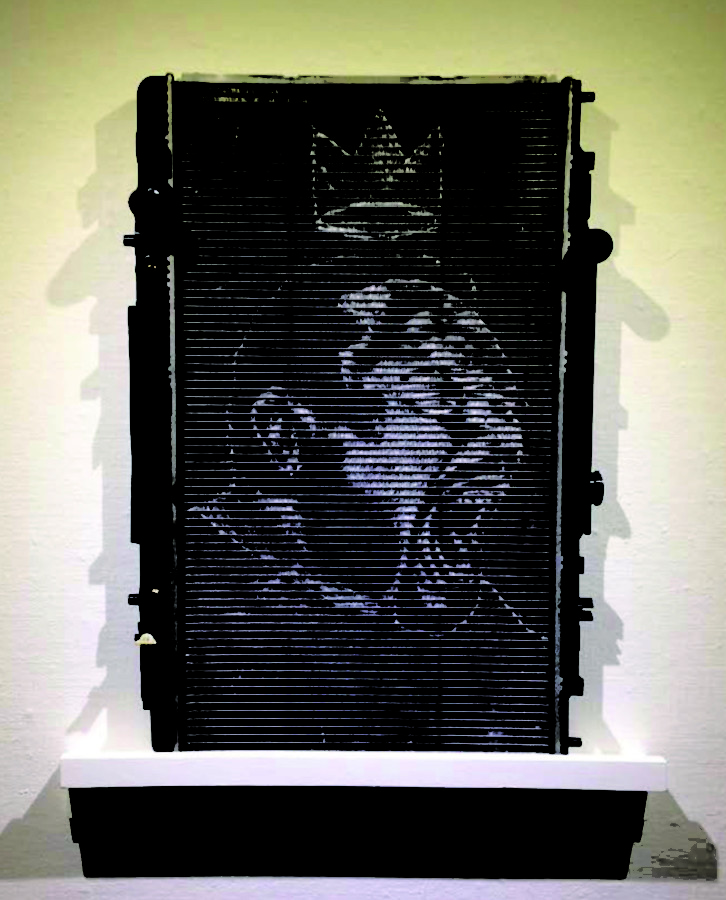