The Chicago Black Social Culture Map: Community Archiving Day & Web Launch will introduce the first phase of Honey Pot Performance’s interactive digital project documenting Black social culture from the Great Migration through the early 21st century. The map features profiles for over 350 different venues, each of which includes basic information, first-person stories, and supplemental media, all collected through collaborative community research. Drawing from music forms such as blues, gospel, disco, and funk as well as dances such as the slow drag, bopping, stepping, the hustle, and line dances, the map explores house as an evolving embodied lineage of African American forms of making community and of cultural resistance influenced by the Great Migration from the rural South to the urban North (1910s through the 1970s). While the core of this project focuses on Black social culture, it also acknowledges the cultural contributions of other primary social identifications, especially Latino and queer communities who were critical to the emergence of house culture in the 1970s and 1980s. The Community Archiving Day & Web Launch launch features a daylong event where people are encouraged to bring and share flyers, posters, photos, tapes, and oral histories to be integrated into the growing map led by Skyla Hearn and Lauren Lowery. Accompanying programming will include sessions on a range of Black social culture topics and themes found in the map including exploring the history of Chicago’s Black recording industry from jazz to house, the evolution of Chicago Blues, the importance of Black social clubs and membership clubs, dance crews from the 1980s to the present, and a special session on Black sociality and spectacle through the intersection of fashion, music, and cultural politics. Attendees will also try out the digital map and begin to add their own stories. Ultimately, we hope to contribute a previously unheard narrative into the historical record, gathering together new facets of Chicago house music & dance as examples of Americana firmly embedded in our local, regional, and national culture as well as building new strategies for sharing this rich cultural knowledge.

10am-11am Chicago’s Radio & Recording Industry – Chicago has a rich history of producing and disseminating Black music from gospel to blues to house. In this session, panelists will discuss how Chicago’s recording & radio industries provide tremendous insight on the cultural spaces artists frequented from Alligator Records to Chess Records to Trax Records.

11am-12pm Chicago Blues – Screening an excerpt from “Sam Lay in Bluesland”, a documentary film about drummer Sam Lay’s key role in the evolution of the blues.

12:15pm-1:45pm Black Sociality & Spectacle from the Dreamland Cafe to the Bismarck – Ayana Contreras (Reclaimed Soul) and Duane E Powell (The Rear View Mirror Sessions) take us on a journey through Black forms of social pleasure across the 20th century. Using music as a lens, these DJ-music historians discuss the sounds, venues, fashion, and social issues surrounding black joy and pleasure in Chicago’s social music and dance spaces.

1:50pm-3pm Clubs, Crews, & Houses: The politics of belonging & membership in Chicago’s Black social spaces – Though not unique to Chicago, social and membership clubs became essential networks of safe and lucrative social interaction and leisure that facilitated navigation of the city for Great Migrants and their descendants. Dance crews and fashion houses, continuing this tradition of “membership” in the later 20th century, evolved as another iteration of the social club for youth, queer folks, and those with other kinds of alternative lifestyles to express themselves. This panel is a glimpse at the complex social, cultural, and economic work of these clubs, crews, and houses and their relationship to the development of blues, jazz, soul, and house music in Chicago. 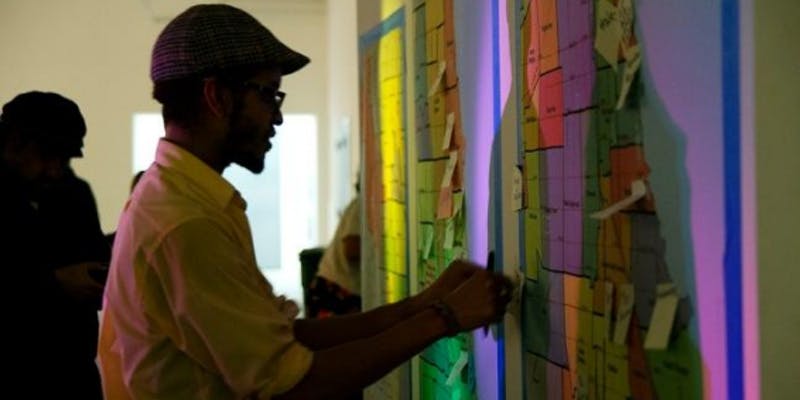