On view through Monday, November 4th

Shadi Habib Allah is a New York and Miami-based Palestinian artist who works across film, sculpture, and installation, often drawing on a process of deep research and on-the-ground engagement in specific locales. Richly varied in form and focus, his projects run the gamut from reimagining a ghost story from 1930s Jerusalem to traveling along illicit trade routes with Bedouin smugglers.

At the Renaissance Society, Habib Allah presents a body of work that has grown out of his ongoing immersion in the communities of Miami’s Liberty City. In this neighborhood marked by deep racial and economic inequity, the artist locates active economies of goods and services that exist independently of, and at times elude or exploit, state-sanctioned systems such as welfare and property zoning.

SHADI HABIB ALLAH was born in Jerusalem in 1977 and is currently based in New York City and Miami, FL. Recent solo exhibitions include Biscuits and Green Sox Maaike at Reena Spaulings Fine Art, New York (2016); Shadi Habib Allah: 30KG Shine at Rodeo, London (2015); and Evacuated Containers at Green Art Gallery, Dubai (2013). His work has been included in the 13th Berwick Film and Media Arts Festival, UK (2017); Tamawuj, Sharjah Biennial, UAE (2017); House of Commons at Portikus, Frankfurt am Main, Germany (2016); and Surround Audience, New Museum Triennial, New York (2015). Habib Allah received a BFA from Bezalel Academy of Arts and Design in 2003 and an MFA from Columbia University in 2010. He undertook a residency at the Delfina Foundation in London in 2016 and received the Louis Comfort Tiffany Award in 2011. 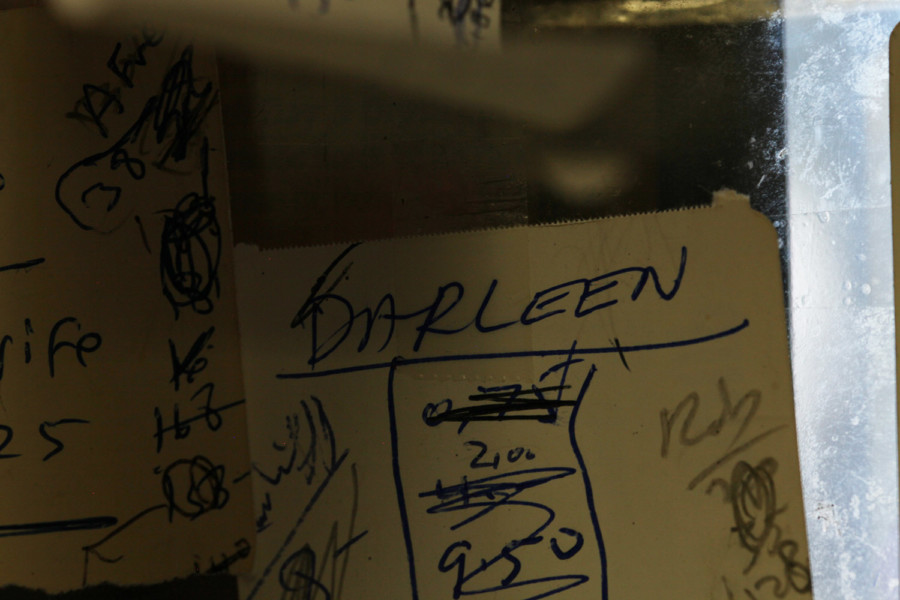