On view through Friday, September 14th

Join curators curators Nathan Harpaz and Suanne Rayner for a tour of Sculpting a Chicago Artist: Richard Hunt and his Teachers Nelli Bar and Egon Weiner

Richard Hunt developed his talent in the 1950s at The School of the Art Institute of Chicago with the guidance of two dynamic teachers—Nelli Bar and Egon Weiner. Bar and Weiner were both of a generation of artists who fled Europe after the rise of the Nazi regime and made Chicago their new home for their artistic ambitions. Both received their education in European academies under prominent teachers during the 1920s. Bar taught Hunt during his adolescence, and Egon Weiner was his college professor. Bar continued to make an impact on Hunt beyond his schooling as he recalls: “She has influenced me as a person over our 30-year relationship.” Hunt also remembered Weiner for “his exuberance and nurturing manner, and for being a bundle of energy.” This energy influenced and inspired his student. Hunt’s mastery developed so rapidly that the Museum of Modern Art purchased one of his sculptures in 1957 just after his graduation and eventually, he evolved into one of the most prominent Chicago sculptors and an international master.

This exhibition is part of Art Design Chicago led and funded by the Terra Foundation for American Art. 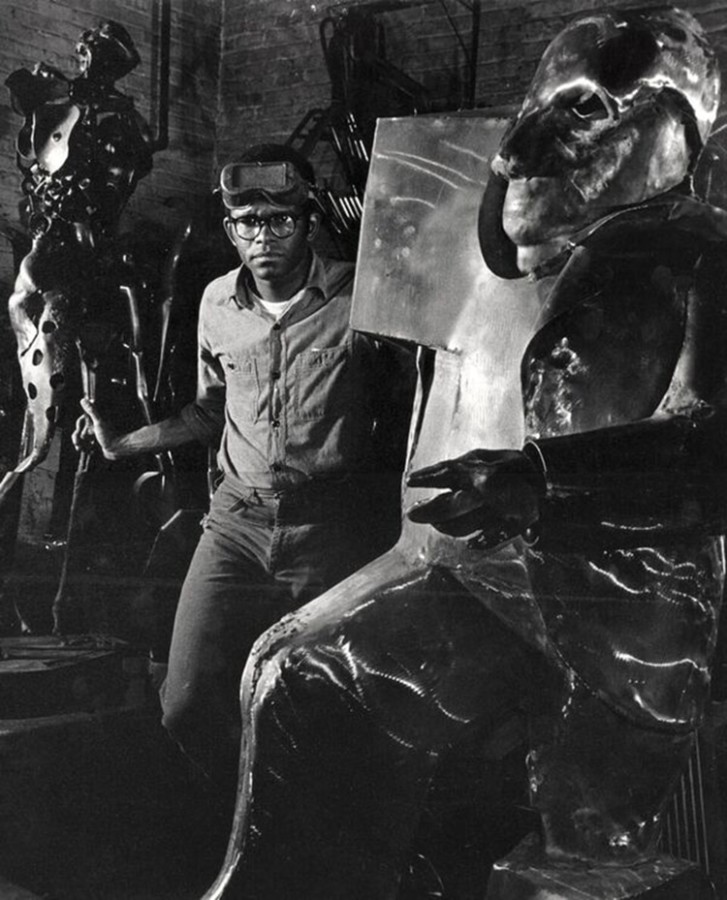