Join the Chicago Community Bond Fund and For the People Artists Collective for an art party ahead of the Rally to #EndMoneyBail. We’re getting together at the Chicago Freedom School on Tuesday, September 11th from 6 to 8pm to create banners and posters for the September 18th rally (https://www.facebook.com/events/247718382619820/). Art supplies will be provided and no experience or level of skill is necessary to participate!

On September 18, 2017, General Order 18.8A went into effect in Cook County. The order states that no person is to be locked up in Cook County Jail simply because they can’t afford to pay a money bond. Join the Coalition to End Money Bond, allies from across Cook County, and bail funds from around the country in downtown Chicago on September 18, 2018 as we demand full implementation of the order and an end to pretrial incarceration due to poverty.

In the first three months of the order’s implementation, the number of people incarcerated pretrial in Cook County Jail dropped by 1,400 people, but that decline quickly came to a halt. Now, almost one year after the order took effect, around 2,500 people are still incarcerated in Cook County Jail simply because they can’t afford to pay a money bond. This is in direct contradiction to General Order 18.8A’s directive. We are advocating for a permanent and statewide rule change that will end this wealth-based incarceration before trial. 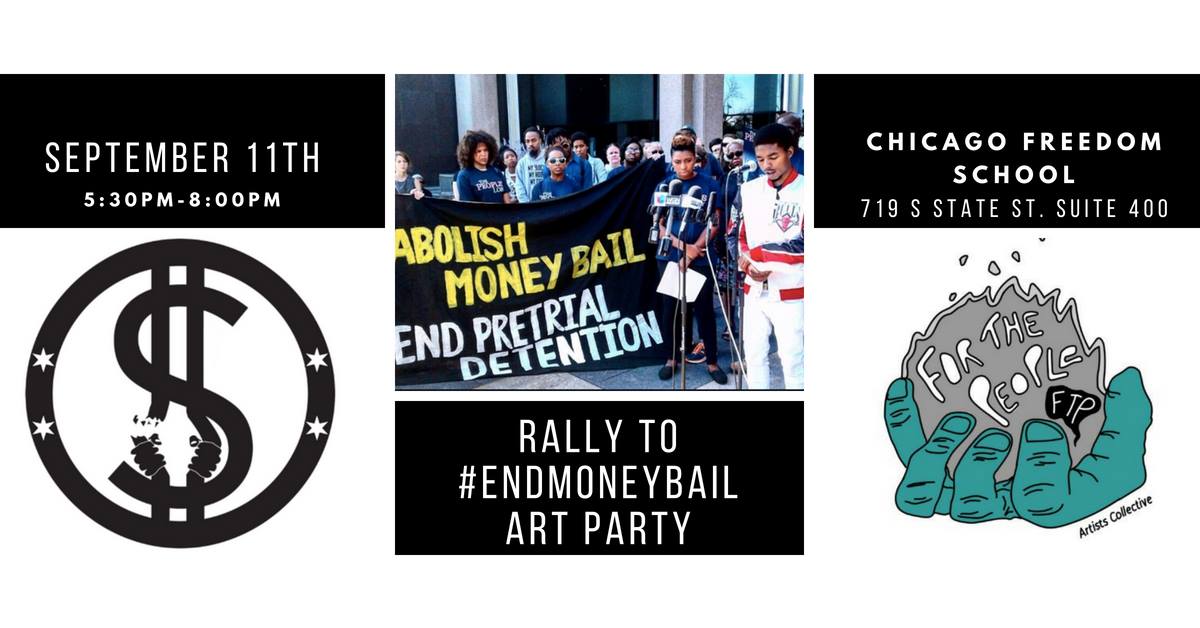