On view through Friday, October 12th

The sign behind the glass door says knock to be let in. A minute passes before the owner appears…

Thomas Kong is the Korean American owner of Kim’s Corner Food, his studio, project space and gallery of a convenience store as work-in-progress. Not what one expects walking into a bodega, given the popular cultural tropes portraying such places historically, making it difficult to dismiss its association of Sa-I-Gu (Think 1992 Los Angeles Riots) but perhaps an apt model to reinvent the relationship between commerce and art as “convenient” site-specific installation.

The entire shop is half filled with stocked items and food products surrounded by his collages as if practical yet abstract signage to decorate the empty spots on the shelves, above the display caps, nearly consuming every inch of available wall space. Almost all of his work is decoupage, made from refuse, discarded packaging that the artist recycles to create spare cutouts glued or taped on cardboard. Forgive the pun but it is his bread and butter, what he is known for. Yet the stuff he makes is decidedly un-Pop. Sure, some brand names and logos peek out but each piece not only functions individually but repeats in succession to suggest a larger iconography falling somewhere in between the calligraphic and the graphical, high brow art in low flung places.

After a warm welcome, he sits on a folding chair smoking his Dark Horse slim cigarillos with a pair of scissors in hand cutting the broken down empty cartons into silhouette shapes. It is a process he began nearly six years ago. And now he professes to “pass time” much like Tehching “Sam” Hsieh who revealed seeing himself as a prone Snoopy atop his doghouse. Except that for Thomas Kong, art does more than imitate life, it is the byproduct of how he lives, who he is. Everything at his disposal literally can become art. He preoccupies his time with the things around him to plant as it were, his Garden of Delight.

Wearing a neck brace, black tee shirt, loose khakis and sports slippers bearing the Chicago Blackhawks mascot, the artist looks the part of an elderly grandfather sharing stories from his past except he resorts to just visuals, his universal language to connect a richness of narrative poetic in nature reminiscent of Theresa Hak Kyung Cha. Words do not fail him but he trusts the actual physicality of materials at hand to salvage that which is no longer wanted or needed.

A man as well as artist of the people, Thomas Kong follows the quintessential Chicago artist of DIY roots tradition, somewhat Outsider whose practice embraces the vox populi, the quotidian.

School of the Art Institute of Chicago
Office of Admissions 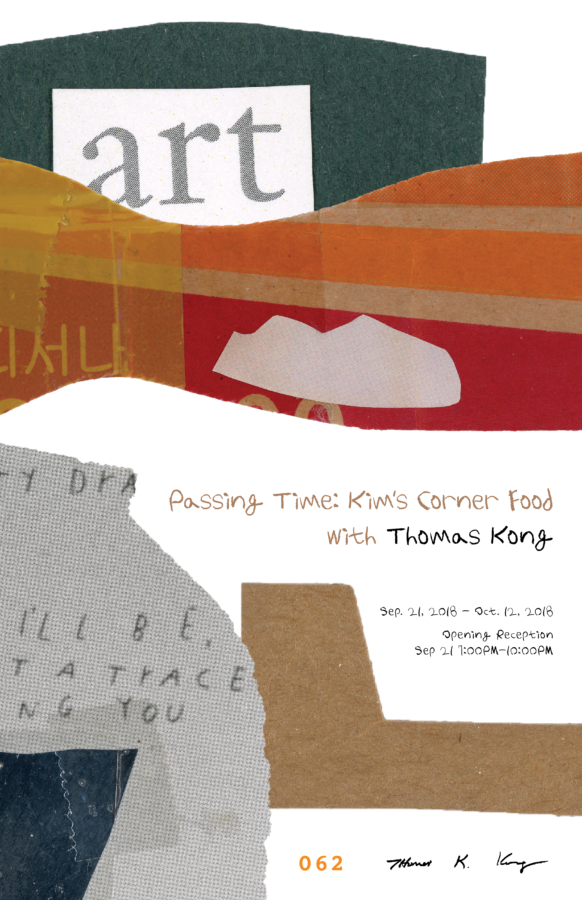