An evening with Nnedi Okorafor, the international award-winning and national bestselling author of “Who Fears Death” (A World Fantasy Award winner) and “Black Panther: Long Live the King” among many other works.

Nnedi Okorafor is an international award-winning novelist of African-based science fiction, fantasy and magical realism for both children and adults. Born in the United States to two Nigerian immigrant parents, Nnedi is known for weaving African culture into creative evocative settings and memorable characters. In a profile of Nnedi’s work titled, “Weapons of Mass Creation”, The New York Times called Nnedi’s imagination “stunning.”

Book signing immediately following discussion. A selection of Okorafor’s works will be available for purchase before and after the program.

Nnedi’s books include:
-Lagoon (a British Science Fiction Association Award finalist for Best Novel)
-Who Fears Death (World Fantasy Award winner for Best Novel)
-The Book of Phoenix
-The Binti Trilogy (the first of which won both the Hugo and Nebula Awards for Best Novella and the second which is a Hugo Award finalist)
-Chicken in the Kitchen (winner of an Africana Book Award)
-Zahrah the Windseeker (winner of the Wole Soyinka Prize for African Literature)
-Long Juju Man (winner of the Macmillan Writers’ Prize for Africa) 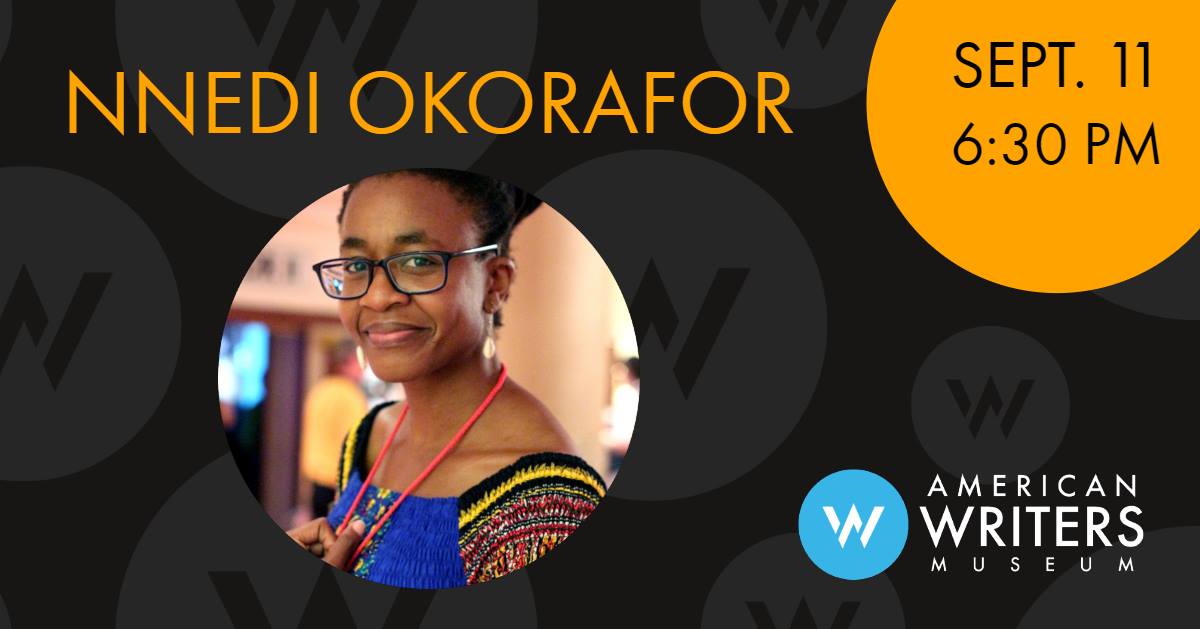