Join us as we celebrate the release of Night Moves by Jessica Hopper. For this free event, Hopper will be interviewed by Megan Stielstra.

In a career spanning more than twenty years, Jessica Hopper has earned acclaim as a provocative, fearless writer on topics ranging from the male myopia of emo music to R. Kelly’s sordid past. Now the feminist critic takes us behind the page, transporting us to a chapter of her own life when she thrived in Chicago’s DIY underground.Written in taut, mesmerizing, often hilarious scenes, Night Moves captures the fierce friendships and small moments that form us all. Drawing on her personal journals, Hopper chronicles her time as a DJ, living in decrepit punk houses, biking to bad loft parties with her friends, exploring Chicago deep into the night. And, along the way, she creates an homage to vibrant corners of the city that have been muted by sleek development. A book birthed in the amber glow of Chicago streetlamps, Night Moves is about a unique sliver of time in cultural history—and how a raw, rebellious writer found her voice.

Jessica Hopper is a music critic and the author of The First Collection of Criticism By A Living Female Rock Critic. She was formerly the Editorial Director at MTV News, and an editor at Pitchfork and Rookie. Her essays have appeared in Best Music
Writing for 2004, 2005, 2007, 2010, and 2011. Her book The Girls’ Guide to Rocking was named one of 2009’s Notable Books For Young Readers by the American Library Association.

Megan Stielstra is the author of three collections: The Wrong Way To Save Your Life, Once I Was Cool, and Everyone Remain Calm. Her work appears in the Best American Essays, New York Times, Poets & Writers, Longreads, Tin House, Guernica, Catapult, Lit Hub, Buzzfeed Reader, The Rumpus, and elsewhere. A longtime company member with 2nd Story, she has told stories for National Public Radio, Radio National Australia, Museum of Contemporary Art, Goodman Theatre, the Neo-Futurarium, and regularly with The Paper Machete live news magazine at The Green Mill. She is currently an artist in residence at Northwestern University. She lives in Chicago with her husband, her kid, and two dogs. 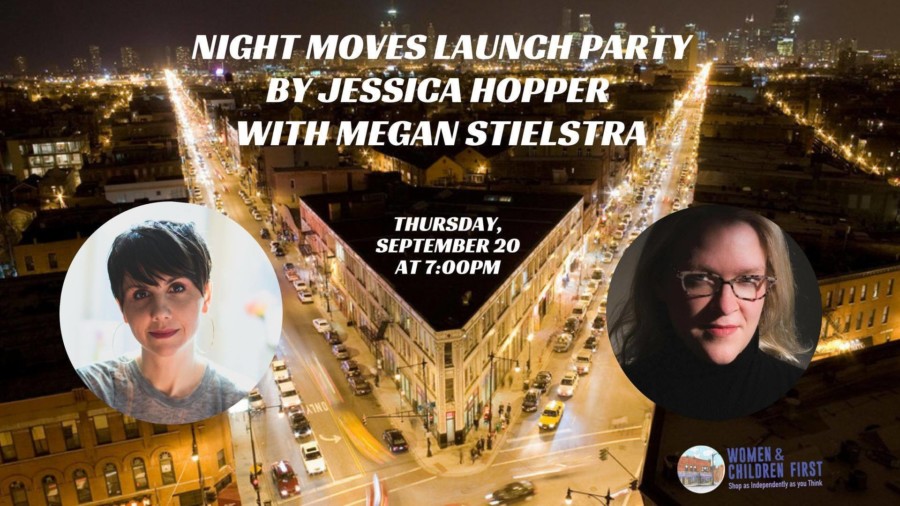