“The works selected in Moving_Image_00:04 draw from a range of material sensibilities and ways of thinking through making, and, like the screenings before, this iteration invites us once again to wonder and wander through images.

Program 1 presents ten distinct and experimental works, each with an eye towards ideas of looking and being looked at: observing and being observed, performing and performing for the camera; the digital body and its life-giving glitches, the body on display; a body by itself versus a body among peers. Precariousness is sought after, magic inserts itself into an everyday moment, and ice silently transforms, a breathing body in its own right.

Program 2 takes a slower, in some ways quieter approach, with five works guided by questions of translation and language. Text here serves many roles, often at once, as subtitle and subtext, translation and failed translation. Letters spell, fail to spell, and fall unexpectedly in an arc across the screen. Text generated through Google translate provides, in its imperfection, a suitable medium for the uncertainty of our time. Subtle moments of misrecognition remind us once again that things are not what they seem.

Whether realized through animation or recorded under the lights of a studio setting, from the seeing eye of a laptop to the physicality of light on 16mm film, Moving_Image_00:04 celebrates the breadth and depth of image-making practices in Chicago today.”

We look forward to seeing you at the screening!

About Erika (Moving_Image_00:04 Guest Curator):
Erika Råberg is an artist and writer dedicated to a lens-based practice. Recent exhibitions in Chicago include at the Swedish American Museum, ACRE, Roman Susan, The Elmhurst Art Museum, COLLABO (as part of Second Floor Rear), and Chicago Artists Coalition. Råberg has received funding from the American-Scandinavian Foundation in New York and was a guest artist at the Royal Institute of Art in Stockholm, Sweden in fall 2017. Forthcoming curatorial projects include programming at The Nightingale and developing an apartment gallery in her sunroom in Edgewater, Chicago. She earned her MFA in Photography from the School of the Art Institute of Chicago in 2015, and a BA in American Literature from Oberlin College in 2009.

About ACRE (Hosting Organization for Moving_Image_00:04):
ACRE (Artists’ Cooperative Residency and Exhibitions) is an artist-run non-profit based in Chicago devoted to employing various systems of support for emerging artists and to creating a generative community of cultural producers. ACRE investigates and institutes models designed to help artists develop, present, and discuss their practices by providing forums for idea exchange, interdisciplinary collaboration, and experimental projects.

About Santina (Founder & Director):
Santina Amato is an interdisciplinary artist and received an MFA from the School of Art Institute of Chicago in 2017. Her video works have been screened at the 2016 ExFest Film & Video Festival, Chicago, Brooklyn Public TV, New York, Hatched Northside Film Festival, New York and The International Women’s Day Video Screening, Australia. Her work has also been a part of the Detroit International Videonale, Kuntshalle Detroit Museum of Contemporary Art, MI, and Currents 2012, International New Media Arts Festival, NM. 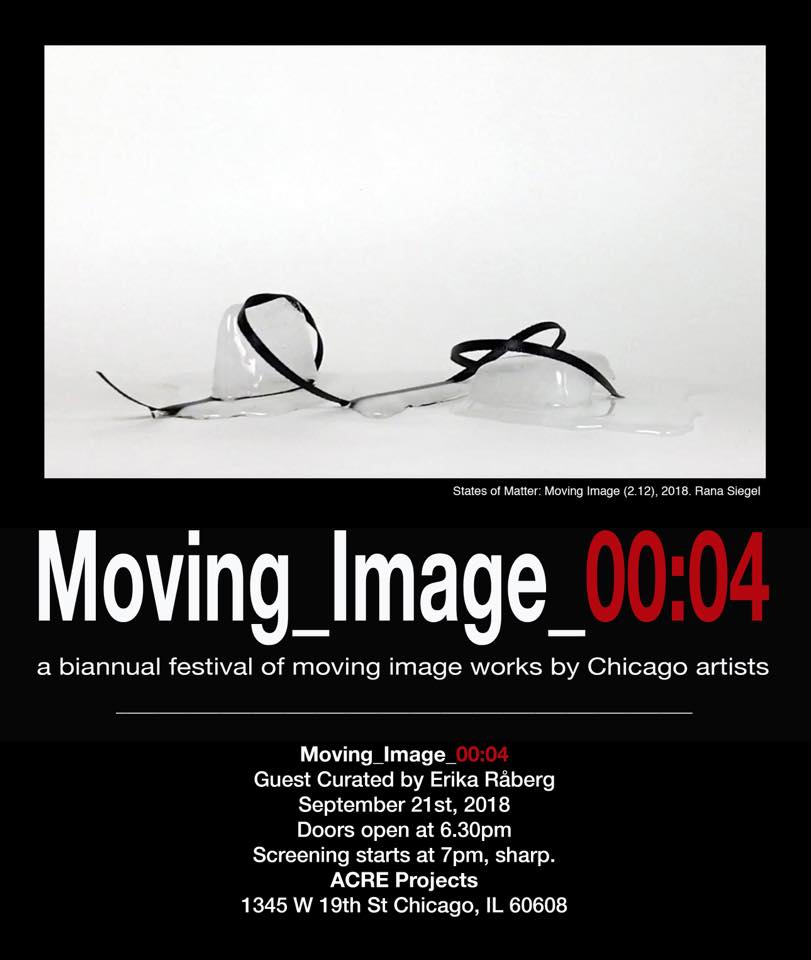