Stuart & Co. Gallery is pleased to present Like One Speaks to the Stone, an exhibition curated by Jeffly Gabriela Molina consisting of new work by seven contemporary artists. Below is a letter from the curator describing the genesis of the concept.

A few months ago I came across a poem titled Radix, Matrix by Paul Celan. The poem puzzled me, and it was this poem’s first line, as translated by Pierre Joris, that set off the idea for this exhibition: “Like one speaks to the stone, like / you, / to me from the abyss, from a homeland hereward, dis- / sister, hereward / thrown one, you…” and the poem goes on. This is one of Celan’s later poems where the relationship between the words he chooses (or that choose him) and the world they describe expands in the exercise of reading and rereading the poem. But, I do not want to lose you, and this letter won’t do justice to so excellent a poet and his work. I want to say that I chose this title because I found in ‘like one speaks to the stone’ a beautiful metaphor that describes an impossible or imaginary conversation, one that is still attempted, or it describes a conversation that is ultimately performed with oneself. Today, an artist may find such a conversation an exercise of isolation and connection with a world that relentlessly overwhelms what could be an individual’s’ particular frame of reference: a culture, history, language, or daily life.

As I began to reach out to the artists in this exhibition, it was my task to find where their conversations overlap. Nasim Hantehzadeh’s drawings are a recording of daily intuitions that deal specifically with the conditions imposed upon the body by social, political, or religious structures. Yani Aviles’s work comes as healing gestures in the form of material processes and multi-sensory poetry aimed to amplify our body’s physical and emotional awareness and its ability to transform, or be transformed. Dan Rizzo-Orr is a kind of mystic, not unlike Yani, but Dan’s work delves into the field of symbolism and figuration; his paintings intensify the body’s relationship to illusory experiences, to dreams, love, and sexuality. Kristian Bruce is also a painter whose images are not rational or sensible, but his emphasis on montage over narrative sets up an unsettling arrangement that in its repose, evokes a preoccupation with temporality and calamity. In Sarah Crow’s paintings, there is also a blend of stillness and intensity; the intimate scale of the subjects represented and their isolated state compels and teases one to come closer, to find that they speak of a desire that only manifests itself in moments of profound solitude. Leander Knust creates sculptures that blur the definitions of nature and artifact; he gives lifelike qualities to objects that are physically inert. In a way, he forces materials to abandon their own genealogy and to transform themselves into something other, into something beautiful and seemingly alive. Salvador Dominguez is both a painter and a sculptor whose work represents a commingling of poetry, identity, and labor. He uses traditional blue-collar practices such as tiling, to create objects and paintings that translate his experience as a first generation immigrant into gestures that recognize the unrecognized.

These intense, beautiful, and strange conversations have inspired me to bring these artists together. The drawings, paintings, sculptures, and conceptual gestures selected for this exhibition address the body, in its physical, psychological, and emotional relation to time, growth and decay, beauty, sexuality, and labor.

I want to thank the artists for accepting my invitation and engaging in this project, Christopher Stuart, of Stuart and Co., for being so excellent at encouraging, facilitating, and hosting this exhibition, and thank you, in advance, for making the time to visit us. 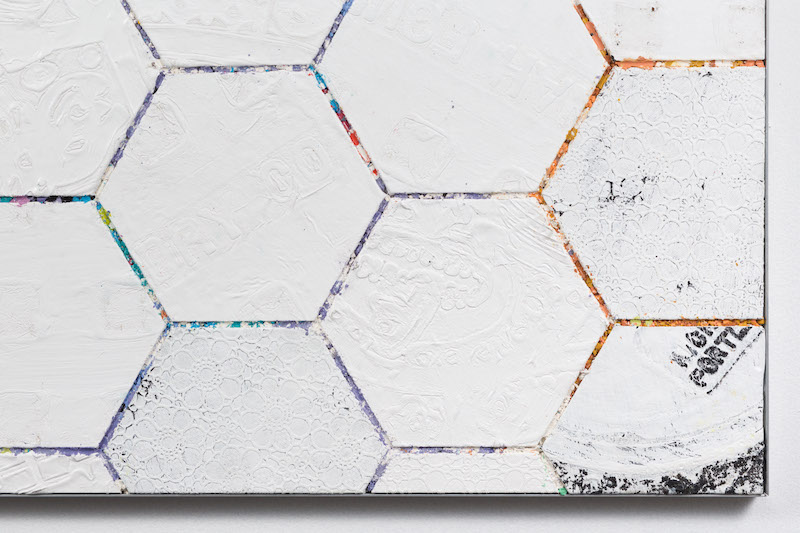