Join us for a brunch lecture and book signing with Jay Wehnert, independent curator, collector and author of Outsider Art in Texas: Lone Stars. In his new book, Wehnert “takes readers on a visually stunning excursion through the lives and work of eleven outsider artists from Texas, a state particularly rich in outsider artists of national and international renown.”

The Lone Star State often inspires a heightened sense of place in its citizens. Wehnert will discuss how that sense of place impacted these eleven outsider artists who were compelled to make art as a manifestation of their personal histories, societal and cultural forces, and an unfailing drive to express themselves.

Light brunch included. Copies of the book will be available for purchase at the event.

JayWehnertHeadshot.jpg
About Jay Wehnert
Jay Wehnert is a collector, writer, curator and collaborator based in Houston, Texas. He and his wife, Victoria began collecting outsider and self-taught art in the mid-1980’s and continue to have a lively collecting interest into the present. They welcome guests and tours to share their home and hosted a group from Intuit in 2017 during their visit to Houston for The Art Car Parade.

Jay’s collecting interests in outsider, visionary and self-taught art have fed an ever-increasing curiosity in these artists, their lives and work. He began informally working with some artists, including Paul Darmafall, The Baltimore Glassman and developed collaborations with galleries to present his, and others’ art. Jay began curating exhibitions locally in Houston and regionally through Texas. Writing projects in the form of exhibition essays and arts magazine articles followed. In 2011, Jay launched his own arts initiative, Intuitive Eye, which has expanded his efforts to present the art that fascinates him. Since then he has curated and consulted on numerous exhibitions, most recently presenting Lone Stars, A Celebration of Texas Culture and Art with Webb Gallery. He has presented on the subject of outsider art to Texas audiences, and following one such talk was invited by Texas A&M University Press to write a book on the subject. The resulting book, Outsider Art in Texas: Lone Stars was published in April of 2018. In 2019, Jay will be curating and writing about Texas self-taught art for the exhibition, The Art of Texas: 250 Years, organized by the Witte Museum and Texas Christian University. Learn more about Intuitive Eye at www.intuitiveeye.org. 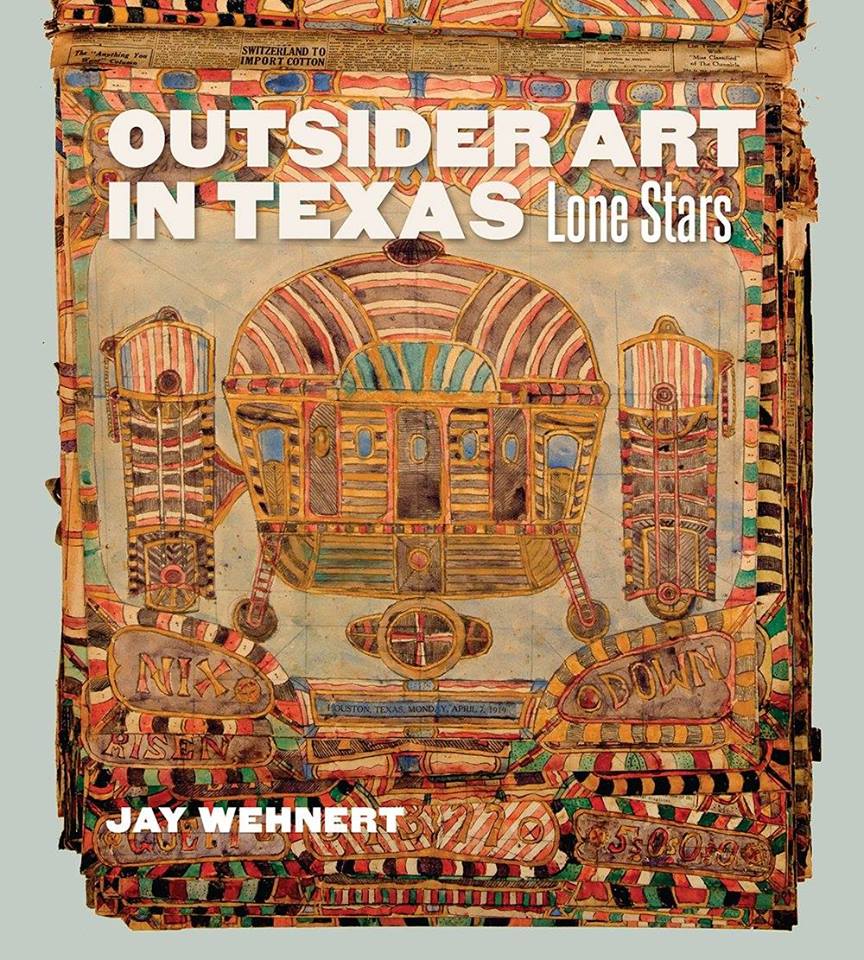