Bert Green Fine Art is pleased to present our third show by Helen Maurene Cooper and our second show by Christopher Ottinger.

Helen Maurene Cooper’s “Blue Angels” is a series of collodion photographs of the culturally diverse drag queen & drag king community in Chicago, highlighting a lack of visual representation of LGBTQ+ persons from the early days of photography. The historic wet-plate collodion technique is a rich and multi layered medium to reinvent a history of the late 19th century that presents an alternative story about inclusion. Cooper is a photographer who engages cultures to find the intersection of race, class, and gender.

Christopher Ottinger works with the moving image as a thing in itself, removed from a specific individual narrative and presented as an artifact of our shared cultural history. His samples are chosen from more than a century of technology: projection, scanning, and interactive video games. These images are isolated from context, and then presented along with their technology — the physical manifestations which show them as a unified phenomenon. In ARCADE, Ottinger hopes to rekindle that sense of wonder and awe that people in the past, seeing moving images for the first time, must have felt. 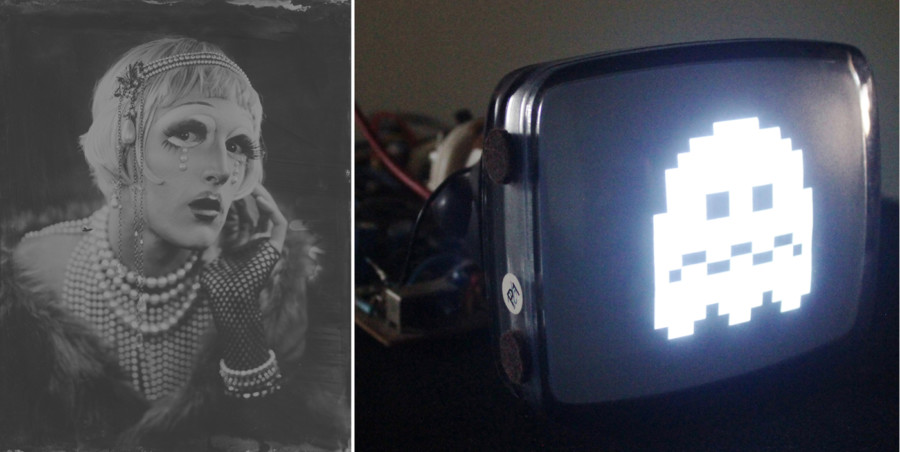