On view through Saturday, October 6th

Roots & Culture is thrilled to kick off our fall season 2018 with a Double Exposure two person show, with new work by Gonzalo Reyes Rodriguez and Darryl DeAngelo Terrell. The two artists were paired by Roots & Culture’s Programming Committee.

Time shifting images exploiting the ambiguities inherent in historicizing the legacy of documentary and representational forms are at the center of new work by Gonzalo Reyes Rodriguez. Employing diverse material from the recent past such as Playboy interviews with the Sandinista National Liberation Front, and declassified School of the America’s psychological operations manuals to question the history of cultural consensus that grows around these subjects. Rodriguez’s work exposes the anomalies that affect the materiality of a picture, document, or fact when transposed from its original historical context to the present time, and the relationship of textual and visual information to address broader critical questions.

The concern for black well-being, in a time when black bodies don’t make it home, is a consistent worry of Darryl DeAngelo Terrell. Through his work, Terrell considers the collective anxiety within the black community, specifically the anxiety black mothers hold for their children, which in result has them to turn to God and Pray for their protection. Terrell is interested in making the words of mothers as important as possible by collecting, archiving, and enlarging hand written prayers, as well as visualizing fragmented conversations.

Work by Gonzalo Reyes Rodriguez is partially supported by an Individual Artists Program Grant from the City of Chicago Department of Cultural Affairs & Special Events, as well as a grant from the Illinois Arts Council Agency, a state agency through federal funds provided by the National Endowment for the Arts. 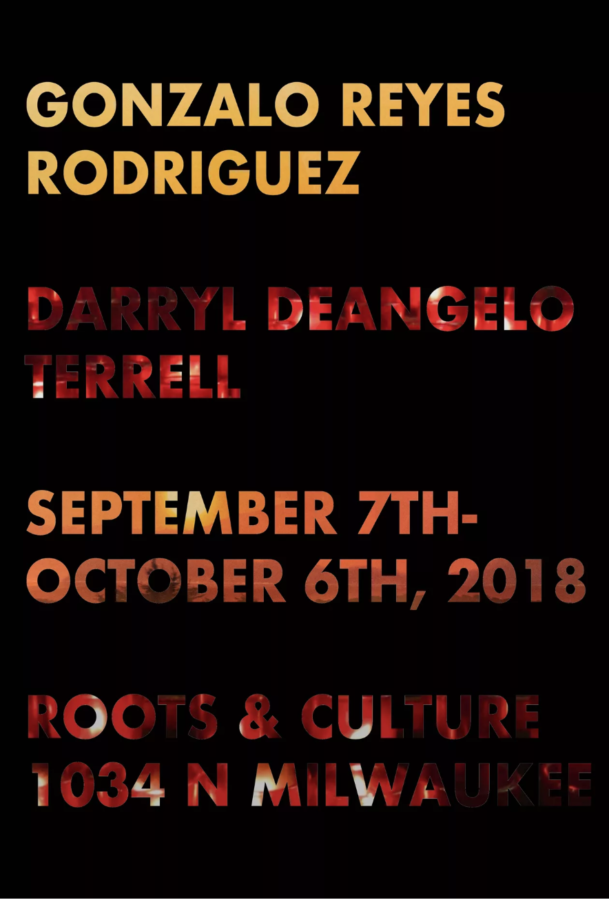