The National Hellenic Museum (NHM), 333 S. Halsted St., introduces its newest exhibition — “George Kokines: Layers Revealed.” On September 20, 2018, the National Hellenic Museum will open the first ever retrospective of the artist George Kokines. Using loaned objects and those from the NHM Collections, this exhibition traces Kokines’ artistic development and accomplishments in Abstract Expressionism as well as his journey to embrace his Greek American identity.

Kokines’ art employed free-form organic and geometrical forms, abstract figures and intense spaces of color. He inserted humor, references to Greek mythology and his life experiences into his work. When working with nontraditional materials like wax, plaster and concrete, Kokines often carved through the layers he had built up on the surface. He was known to rework older pieces many times over. Palimpsest — something altered that bears visible traces of its previous form — was a concept that is apparent in much of Kokines’ work.

In 1993, Kokines traveled through Greece, making stops at his parents’ hometowns on a trip that allowed him to connect his history and artwork to ancient Greece. Later in his life, Kokines was deeply impacted when he witnessed the events of September 11, 2001 first hand, watching as the World Trade Center fell. The largest installation of his career, September 11, was created in remembrance of the day and will be exhibited. The installation includes the painting Agios Nikolaos, representing the small Greek Orthodox church that also stood at Ground Zero.

Kokines was born in 1930 in Chicago to Greek immigrant parents. He studied at the School of the Art Institute of Chicago, earning a BFA in 1960. Early in his career he received critical acclaim and was a prominent figure in the Chicago art community. Once the subject of controversy, he said, “All contemporary painting should defy description.” In 1966, he moved to New York where he lived and worked for nearly 40 years. In 2005, he returned to Chicago and continued to paint until he passed away in 2012. Kokines’ work was exhibited in galleries and museums nationally and internationally, including the Art Institute of Chicago, the Whitney Museum, the Richard Gray Gallery, the Centro Cultural Borges in Buenos Aires, Argentina and the Palazzo Massari in Ferrara, Italy.

The works in this exhibition exemplify Kokines’ improvisation and the textural and large-scale style of his work. Demonstrating his mastery of abstraction, this exhibition reveals the brilliance and skill of George Kokines. Related educational programming, docent-led tours and field trips for school children will be offered throughout the year.

Founded in Chicago as the Hellenic Museum and Cultural Center (HMCC) in 1983, the HMCC moved to the city’s Greektown neighborhood in 2004 and opened its current location on Halsted Street as the National Hellenic Museum in 2011. The contemporary four-story building is home to extensive collections, rotating exhibitions, classrooms, and a stunning rooftop view of Chicago. Three floors of galleries explore ancient and modern themes and provide multi-use spaces to host tours, public programs, and private events. The NHM boasts a rich repository of 20,000+ artifacts, photos, historic newspapers, books and an archive of 450+ recorded histories. The NHM Collections & Archives serve as a central repository of Greek American history, now many generations strong. The Museum celebrates the mosaic of the Greek diaspora, immigrant journeys, and the breadth of the American experience.

NHM counts on member support to help preserve and share Greek history and culture through programs, events, and exhibitions. To become a member of the NHM, please visit the Museum’s membership page. For more information about George Kokines: Layers Revealed and other programs, membership, special events, facility rentals, or giving, please visit www.nationalhellenicmuseum.org. 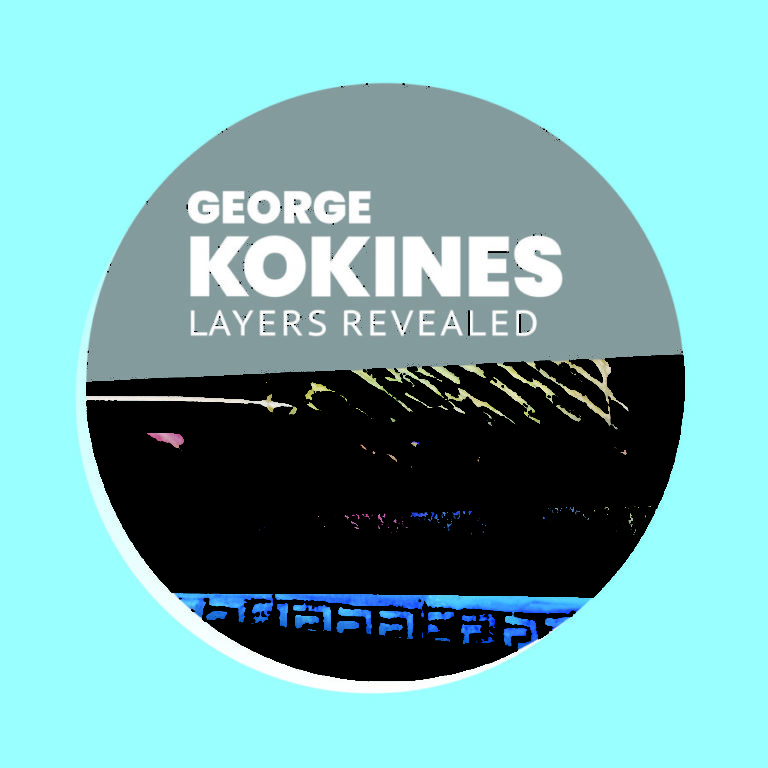