Presented in partnership with the School of the Art Institute of Chicago, /Dialogues offers panel discussions, conversations and provocative artistic discourse with leading artists, curators, designers and arts professionals on the current issues that engage them.
____

Presented in alignment with Art Design Chicago and the Terra Foundation for American Art, the program will trace select artistic and design legacies produced in the city, spanning from 1968–2018, as well as their impact on the larger social, aesthetic, and cultural movements from the twentieth-century to the present.

12:00PM
BRENDAN FERNANDES | IN CONVERSATION WITH SARAH THORNTON
Initiating the Symposium, Artist Brendan Fernandes (Artist | Monique Meloche Gallery, b. 1979 in Nairobi, Kenya) stages a site-specific iteration of his performative work Révérence (2015), featuring a series of choreographed dancers to both welcome and confront the audience. Using his training in classical ballet, alongside his unique cultural background as a Kenyan-Indian-Canadian, the performance features classically-trained dancers from the Joffrey Academy of Dance, Official School of The Joffrey Ballet to question identity and power dynamics. As the first discussion of the program, author and sociologist of culture Sarah Thornton will interview Fernandes, tracing the impact of his work, as well as the role of performance in his practice, which questions positions of power, control, and ‘queering space.’

2:00PM
AFRICOBRA: CHICAGO IN THE AGE OF BLACK POWER
Featuring | Jae Jarrell (Artist, Member of AfriCOBRA), Wadsworth Jarrell (Artist, Member of AfriCOBRA), and Gerald Williams (Artist | Kavi Gupta Gallery, Founding Member of AfriCOBRA).
This panel is presented in alignment with Art Design Chicago exhibitions The Time is Now! Art Worlds of Chicago’s South Side, 1960–1980 at the Smart Museum of Art and The Art and Influence of Dr. Margaret Burroughs at the DuSable Museum of African American History, which focus on artists working in and out of the Black Arts Movement. A solo exhibition of the late member, Barbara Jones Hogu, Resist, Relate, Unite 1968–1975, took place at the DePaul Art Museum earlier this year. An exhibition curated by Williams on the occasion of the fifty-year anniversary of the group, AfriCOBRA 50, is on view at Kavi Gupta Gallery in Chicago to align with EXPO ART WEEK, September 8–November 24, 2018. Followed by a book signing.

4:00PM
ALTERITY AND THE EXHIBITION ENVIRONMENT: FEMINIST HISTORY OF ALTERNATIVE SPACES IN CHICAGO
Panelists | Lynne Warren (Adjunct Curator, Museum of Contemporary Art Chicago), Mary Patten (Member, ACT UP; Professor, Film, Video, New Media and Animation and Visual Critical Studies, SAIC), Torkwase Dyson (Artist | Rhona Hoffman Gallery), and Kay Rosen (Artist, former ARC Member). Moderated by Jenni Sorkin (SAIC BFA 1999), Associate Professor, History of Art & Architecture, University of California, Santa Barbara.
Alternative spaces are often discussed within the canon of Chicago’s exhibition history. Yet, these spaces also played a parallel role in the activities that defined feminist art and social practice in the city’s scene. In her chapter for the newly launched book Art in Chicago: A History from the Fire to Now, author Jenni Sorkin delivers a survey of communal alternative exhibition spaces from 1973 to 1993 as they built momentum in Chicago alongside the commercial gallery system and during the women’s movement. The panel features Lynne Warren, longtime champion of Chicago’s artists, whose groundbreaking exhibition Alternative Spaces: A History in Chicago (MCA Chicago, 1984) first tracked this history; Mary Patten, one of the founding members of ACT UP, an activist group formed to bring attention to the AIDS crisis; conceptual artist Kay Rosen, a prominent member of the cooperative feminist art gallery Artist Residents of Chicago (ARC, 1973); and Torkwase Dyson, an interdisciplinary artist whose projects such as tiny studio have examined a nomadic practice that generates both environmental interdependency and solitude. This conversation will trace the histories and roles of feminism in Chicago’s alternative spaces from the 1970s to the present.

SCREENING | DESIGNERS IN FILM: A GLIMPSE INTO THE GOLDSHOLL ARCHIVE
A screening of select films and reels produced by Goldsholl and Associates—whose films, television ads and other moving image work innovated “designs-in-film”—will be on view at the /Dialogues Stage, as an interlude to the final conversation in the Symposium on Chicago’s Mid-Century impact on the advertising and commercial industry at large.

5:30PM
MAKING THE MODERN IMAGE: MID-CENTURY COMMERCIAL INDUSTRY IN CHICAGO
Panelists | Theaster Gates (Artist | Rebuild Foundation), Corinne Granof (Curator of Academic Programs, Block Museum of Art, Northwestern University) and Amy Beste (Director of Public Programs, Department of Film, Video New Media and Animation, SAIC), and Lara Allison (Lecturer, Art History, Theory and Criticism, School of the Art Institute of Chicago). Moderated by Michael Golec (Associate Professor, Art History, Theory and Criticism, SAIC).
Through recent exhibitions that relate the advertising and commercial publications industries to the context of contemporary art, this discussion will trace Chicago’s contribution to the glossy image that defined the Mid-Century aesthetic. Tracing the political, social, and cultural impact of these design philosophies, this panel will look at the national impact of firms and companies whose work pushed industry boundaries through avant-garde approaches. Under what conditions did these methods co-exist within the Mid-Century moment? Featuring Theaster Gates, whose recent exhibition A Johnson Publishing Story at the Rebuild Foundation explores the enduring role of Ebony Magazine and Jet Magazine in defining and popularizing a black aesthetic and identity around the globe; Corinne Granof and Amy Beste on the work of Goldsholl and Associates, whose films, television ads, and other moving image work innovated “designs-in-film” influenced by László Moholy-Nagy and the Bauhaus approach; and historian Lara Allison, speaking on the seminal legacy of the Great Ideas campaign by the Container Corporation from 1950–80. This discussion, moderated by Michael Golec, will examine the many contributions of Chicago’s enduring impact on a national and international aesthetic. 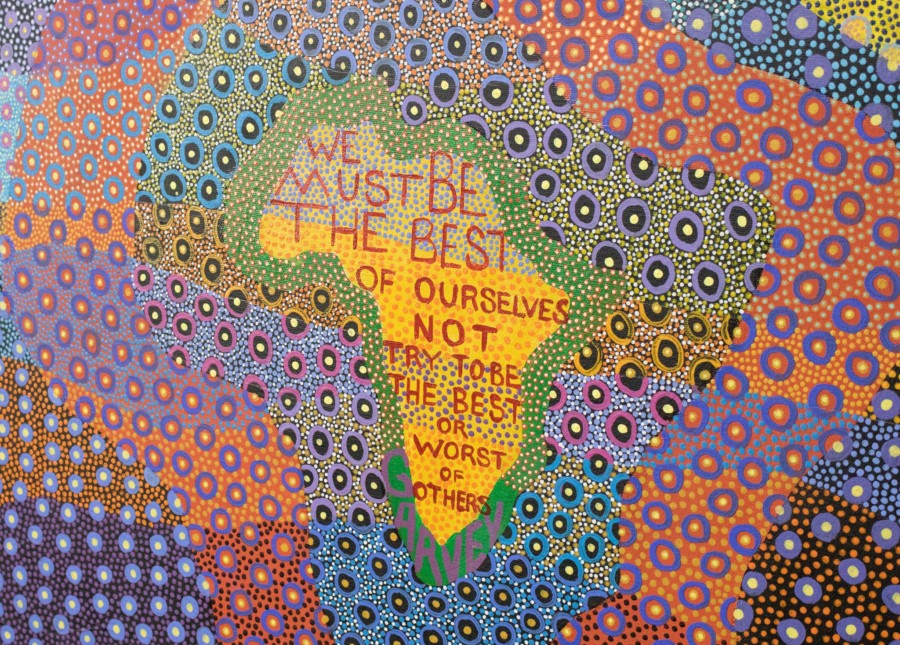