Cecil McDonald, Jr: In the Company of Black

n the Company of Black presents selected photographs from a recent series of the same name by artist and educator Cecil McDonald, Jr., as well as the premiere of a new video. Over the course of seven years, McDonald photographed people he describes as “extraordinarily ordinary.” He explains, “When it comes to Black people, America is fascinated with extreme poles: either showing victims of violence, pain, and poverty (Black misery) or famous athletes and entertainers, and icons of popular culture (Black exceptionalism). This false dichotomy denies Black people the individuality and full spectrum of humanity that is so readily offered to the white population in this country. The photographs I’ve been making ask the question: where are the people who make up the space in between. Here they are, they are important, they must be seen.” The imagery ranges from tender moments between, and with, his daughters, to informal portraits of friends and collaborators that are filled with references to music, art history, and popular culture—including an Artforum magazine featuring a painting by Barkley L. Hendricks on the cover; record albums by Marvin Gaye, Billie Holiday, Miles Davis, and Prince; an exhibition catalogue for Kerry James Marshall; and books about Malcolm X, Aaron Douglas, and the black male in contemporary art.

McDonald worked with Candor Arts, a Chicago-based independent art book publisher, to produce an In the Company of Black publication. The 144-page book, which includes poems by avery r. young and a text by Tempestt Hazel, was nominated for the 2017 Paris Photo-Aperture Foundation PhotoBook Award. Illinois State University’s Milner Library recently acquired a copy of the handmade first edition for its Special Collections area.

This exhibition will also premiere McDonald’s No One Ever Really Dies, a 2018 video featuring a projected image of the artist’s late father-in-law and a narration consisting of six voices reading the eulogy that American Civil Rights activist, historian, and writer W. E. B. DuBois (1868–1963) wrote for himself six years before his death. An excerpt from the moving address reads, “I have loved my work, I have loved people and my play, but always I have been uplifted by the thought that what I have done well will live long and justify my life. That what I have done ill or never finished can now be handed on to others for endless days to be finished perhaps better than I could have done. And that peace will be my applause.” The soundtrack was composed by McDonald’s collaborator, Lional “Brother El” Freeman. 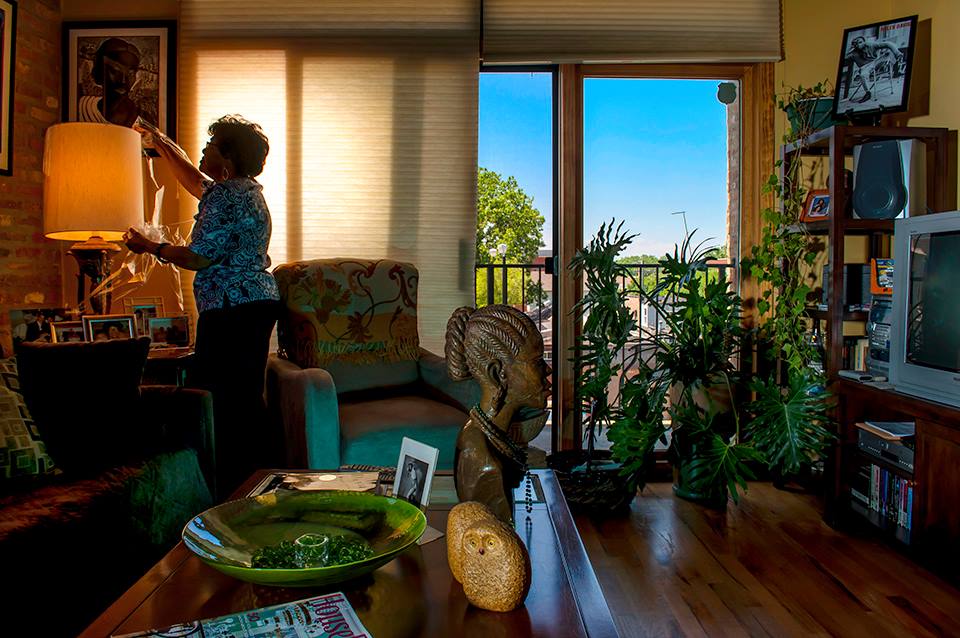