Barbara Ransby discusses “Making All Black Lives Matter: Reimagining Freedom in the 21st Century.” A Q&A and signing will follow the discussion.

About the book: The breadth and impact of Black Lives Matter in the United States has been extraordinary. Between 2012 and 2016, thousands of people marched, rallied, held vigils, and engaged in direct actions to protest and draw attention to state and vigilante violence against Black people. What began as outrage over the 2012 murder of Trayvon Martin and the exoneration of his killer, and accelerated during the Ferguson uprising of 2014, has evolved into a resurgent Black Freedom Movement, which includes a network of more than fifty organizations working together under the rubric of the Movement for Black Lives coalition. Employing a range of creative tactics and embracing group-centered leadership models, these visionary young organizers, many of them women, and many of them queer, are not only calling for an end to police violence, but demanding racial justice, gender justice, and systemic change.

In “Making All Black Lives Matter,” award-winning historian and longtime activist Barbara Ransby outlines the scope and genealogy of this movement, documenting its roots in Black feminist politics and situating it squarely in a Black radical tradition, one that is anticapitalist, internationalist, and focused on some of the most marginalized members of the Black community. From the perspective of a participant-observer, Ransby maps the movement, profiles many of its lesser-known leaders, measures its impact, outlines its challenges, and looks toward its future.

About the author: Barbara Ransby is a historian, author, and longtime activist. She is the author of the acclaimed biography “Ella Baker and the Black Freedom Movement.” Ransby was one of the founders of African American Women in Defense of Ourselves in 1991 and the Black Radical Congress in 1998. She is the editor of the journal “Souls: A Critical Journal of Black Politics, Culture and Society,” and Professor and Director of the Social Justice Initiative at the University of Illinois at Chicago. 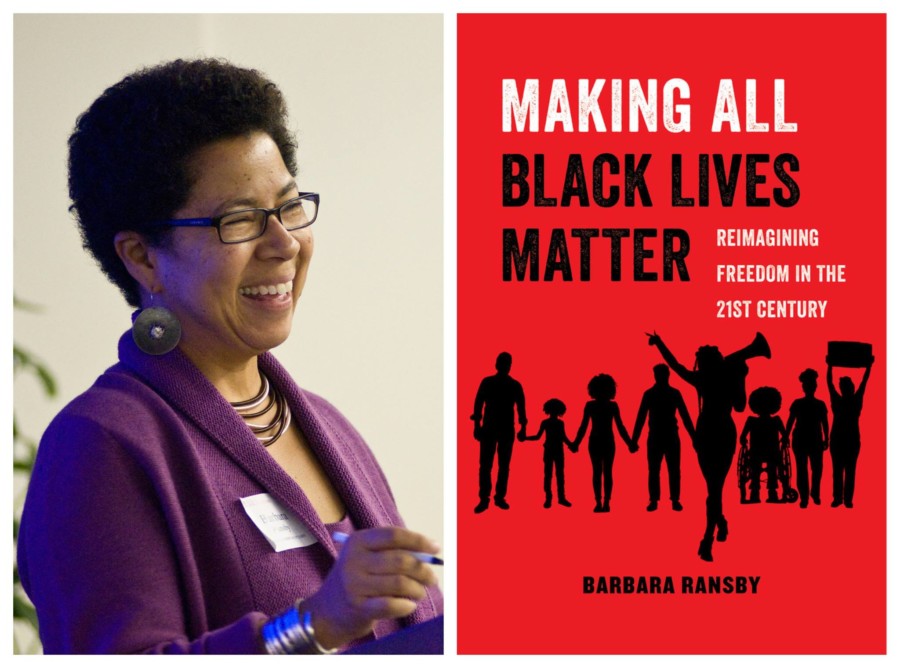