On view through Saturday, October 6th

I am one of those people whose presence raises questions. I am very often greeted with, “where you from” even in the town where I grew up. …You’re in somebody else’s house. You are not in charge… Part of being from is an embodiment of what is thought to typify a place, a way of being. Ji Su Kwak reflects on her outside status with a deadpan gaze at someone else’s way of looking. She gathers snapshots from strangers. Who knows what they mean to the folks who took them. There is a sense of remove, a gap between a mnemonic device that recalls a memory and an image removed of its narrative content. We are left uncertain. The images feel familiar, more so because likenesses are lost in Ji Su’s simplifications. We have been there, made that gesture, shared a drink or the meal, gathered to be included in the group that was there. Pushing the shutter release defines the group, or reasserts its definitions. Drawing these images does something else. Asks questions about nostalgia more than steeping in it. Refuses to recognize. Sees from further away without actually being further away.

Amaranth Borsuk and Julie Wills wrestle with aphorisms. They uncover something about truth: it is locally produced. The tenor of moral declaration stems from familiarity rather than a self-evident quality. Amaranth and Julie address language in a call-and-response format, mirroring the malleability of things we hold so dear, so true, so foundational. When we are not in the place where values or identities come from, the inner workings of structures come into play, and with a bit of work that play can lead us to focus.

The approaches come together in the contradictions they share. The conflation of presence and absence. Uncovering ticks and tricks of letting in and keeping out. Longing to be inside when inside looks exactly like where you already are. 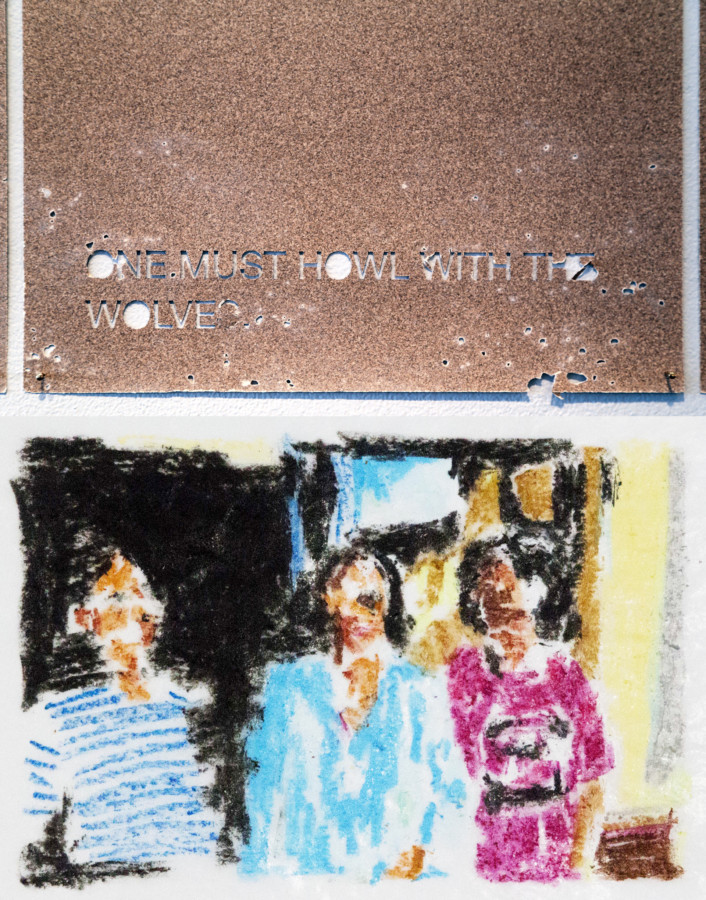