You will be the archivist of your desires: closing

Join us for the Curator Talk + Closing Reception, “What can we tell you except for the truth?” on August 3, 2018. Exhibiting artists will be on hand to discuss their work during viewing hours 5:30-6:30pm, followed by a collaborative tour with curator, Ariel Gentalen (on skates!) and a closing ritual to harness the energy on hand.
About You will be the archivist of your desires

The Chicago Artists Coalition is pleased to present You will be the archivist of your desires, a HATCH Projects exhibition featuring new works by Brittney Leeanne Williams, Frances Lightbound, Marissa Chris Zain Neuman, Meg Leary, Pooja Pittie, and Sydney Shavers. This exhibition will take place off-site and is generously hosted by the Chicago Art Deparment (1932 S. Halsted #100, Chicago).

In her text “Queer Feelings” feminist philosopher Sara Ahmed poses the question “How does it feel to inhabit a body that fails to reproduce an ideal?” The six, female-identified artists in You will be the archivist of your desires present work that peels at the edges of our understandings of what it means to be a contemporary female artist, each of them searching for new ways of understanding themselves in the din of countering narratives. All working from the place of the anti-monolith, these artists explore the frustrations of the built environment which has repressed feminine input.

You will be the archivist of your desires is curated by Ariel Gentalen.

ARTIST BIOS
Brittney Leeanne Williams is a painter and installation artist whose current project addresses narratives of race, invisibility, and state sponsored violence. Williams is a Chicago-based studio artist who is originally from LA.

She attended the School of the Art Institute from 2008-2009. Her work has exhibited in Los Angeles, Chicago, Madison, WI, and Ann Arbor, MI. Her conceptual work includes set design for the short film Self-Deportation (which has screened at film festivals nationally and internationally, including the 15th Annual DC Asian Pacific American Film Festival and the Pineapple Underground Film Festival, Hong Kong). Most recently, Williams worked as an art assistant with Marc Bamuthi Joseph at the Museum of Contemporary Art for the touring performance, Peh-LO-tah.

Frances Lightbound is an interdisciplinary artist from the UK. Her work is informed by architecture and urban design, working with media including print, sculpture and site-responsive installation to explore embedded ideologies and power systems in the urban environment.

She received her MFA in Printmedia from the School of the Art Institute of Chicago in 2016, where she received a New Artist Society Scholarship (2014-2016). She was a 2015-2016 EAGER Grant recipient for Topographies of Defense, a collaborative research project examining defensive architecture and urban design in Chicago. She gained a BA (Hons) from the Glasgow School of Art (Scotland) in 2012, and was a founding member of the Scottish artist collective 2|1|4|1. Her work has been exhibited in venues in Chicago and the Midwest, London, Glasgow and Edinburgh.

Marissa Chris Zain Neuman recently graduated from the School of the Art Institute of Chicago with a BFA and holds a BA in Art History and Journalism from Loyola University.

Human life has always existed in communities and though our dependence upon one another has always persisted, our understanding of it has not. Independence, capitalism and the all encompassing American Dream has undermined the vast network of human connection that sustains daily life. Marissa’s work aims to address relationships in a way that celebrates interdependence through contemplation.

Meg Leary (b. 1978) is a Chicago-based performance, sound and visual artist. She began her career as an opera singer, which has since become the foundation for the visual and performative works she creates. Over the past decade, she has been developing a series of performances, videos, sculptures and compositions based on the public perception of the “diva.” These pieces examine issues of femininity, queerness, fatness and vocality.

Based in Chicago, Pooja Pittie is a visual artist who uses painting as a way to capture some of the movement she has lost through her muscular disability, allowing the viewer a glimpse into her colorful, optimistic and liberating studio practice.

Artist Paul Klee once said that “A drawing is simply a line going for a walk”.

For Pooja, these words take on a much deeper meaning as she strives to recover, through her paintings, some of the movement she has lost with her disability. In the year 2000, Pooja was diagnosed with an incurable and progressive muscular dystrophy and in 2015, she finally gave up a career in finance and entrepreneurship to pursue her passion for art.

The works Pooja creates are meditations on movement: the climbing of a step, the swing of an arm or the sway of a hip. The colors she uses are influenced by her childhood in India and she draws constant inspiration from her travels and surroundings. Pooja’s art is liberating, joyful and optimistic. She might move slowly through the rest of the world but in her studio, she can be quick, confident and graceful.

Sydney Shavers is an artist whose photographs, collages, films, performances and sound pieces question established conventions and spaces of existence. In her adolescence she switched schools frequently going from one that was racially diverse to a school where she was one of a handful of black students and back again. This experience has influenced her practice in which she creates a new language, one where conventional symbolism is challenged and the viewer is left to create new associations to relate to the world. She holds a Bachelor of Fine Arts from the University of Illinois at Chicago.

CURATOR BIO
Ariel Gentalen is an educator, curator, and arts organizer seeking to diversify narratives and create platforms for engaging critical dialogue, among artists, artwork and audience. Their current research focuses on situating socially engaged art in theories of intersectional feminisms. They are currently the Residency Coordinator at the Hyde Park Art Center and the Conference Manager at Third Coast International Audio Festival. They received their BA in Art History and Women’s Studies from California State University, Fullerton and their MA in Arts Education from the School of the Art Institute of Chicago.

Tags: Chicago, Chicago Art Department, Chicago Artists' Coalition, Lower West Side, You will be the archivist of your desires 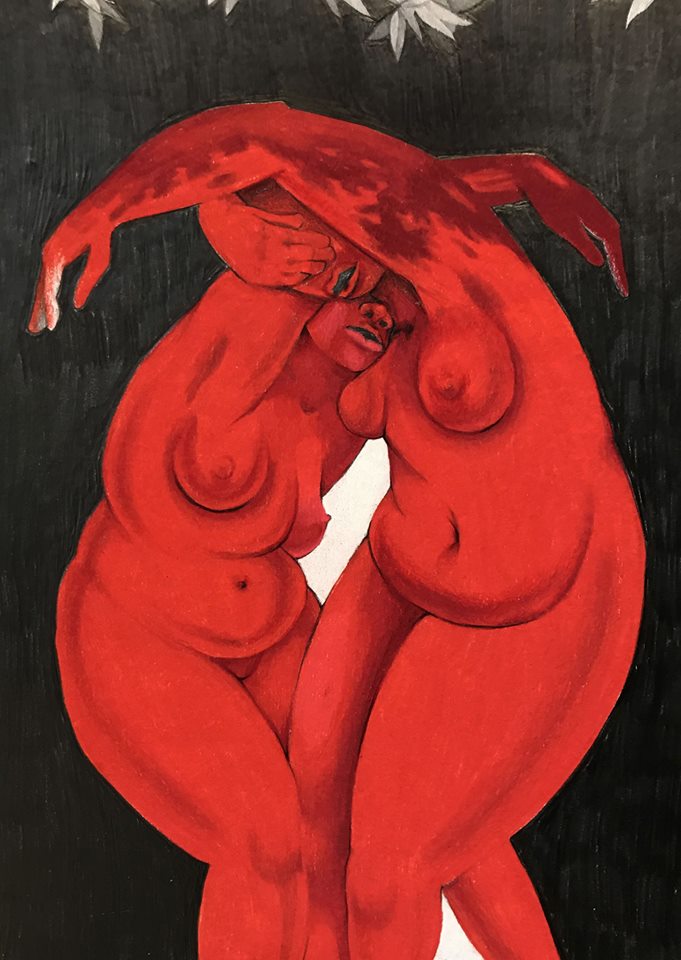