On view through Monday, August 13th

062 Gallery is pleased to present FUNGIBLES by Theo Chin, a show of drawings for 3 animations*.

Fungible – which derives from the Latin verb fungi,  meaning “to perform” (no relation to the noun “fungus” and its plural “fungi”)- is a word that often shows up in legal contexts. Something fungible can be exchanged for something else of the same kind. For example, we could say “oil is a fungible commodity.”
–  Mariam Webster

Trained in illustration, Theo mixes reportage with imagined form, which he obsessively duplicates into moving imagery with cameras and simulations.

This show considers the life of a drawing; once a static object, now performing as a fungible in the digital image economy.

*Observations
A record of arrival in Chicago, initially taking the serial format of David Hockney’s A Rake’s Progress as influenced by William Hogarth.

*Flagellation
An consideration of Cartesian image production through a painting by Piero Della Francesca.

*Images
A project that combines elements from the novel 三四郎 by Natusme Soseki with a science fictional online relationship. 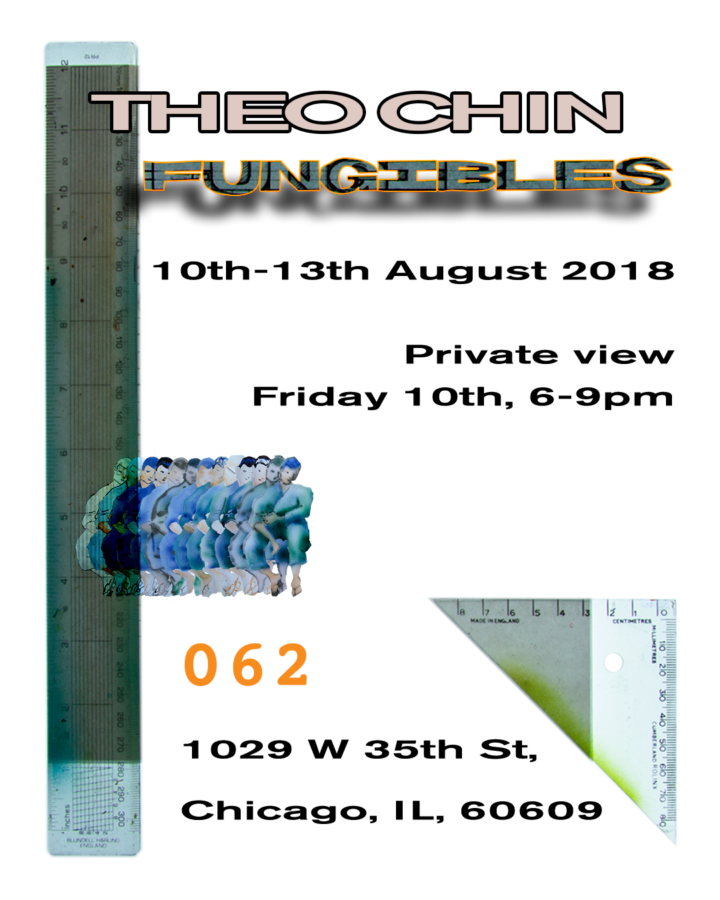