50 years ago this month, the streets of Chicago were packed with protesters demonstrating outside of the Democratic National Convention against the war in Vietnam and demanding civil rights and equality for African Americans.

On the anniversary of those historic protests and the civil rights and student movements of 1968 in general, we’ll be chatting with two women who were in the middle of it all, Mary Scott-Boria, a former member of the Black Panther Party, and Susan Klonsky, a former member of Students for a Democratic Society, which was the nation’s largest student-led anti-war organization in the 1960s.

Join us as Susan and Mary take us back to the heat of 1968, and shed some light on the lessons from that time for today’s resistance movement.

MARY SCOTT-BORIA is a lifelong resident of Chicago, arriving to Chicago at 15 where she was immediately immersed in the Chicago Freedom Movement as a young activist. Immediately upon graduating from high school she joined the Black Panther Party where her activities led her to working with the Puerto Rican Socialist Party.

Mary has over 50 years of experience and knowledge of Chicago’s communities, having worked as a professional social worker and human services administrator in several not for profit organizations. Her work and interests have been in women and youth issues and in community organizing and politics. She served as the founding executive director of the Chicago Sexual Assault Services Network, director of Youth Services Project (YSP), a founding executive member of the Cook County Democratic Women, and most recently as director of the Urban Studies Program of the Associated Colleges of the Midwest. As director of Women’s Services for the Metropolitan YWCA, she became interested in global issues of violence against women and visited women’s anti-violence projects in Ghana and South Africa. She was also active in anti-apartheid organizing and visited South Africa soon after the release of Nelson Mandela. Her involvement with the Christian Peacemaker Teams afforded her the opportunity to travel and lead a delegation of activists to Palestine. Her background in anti-racism education and organizing has kept her involved in issues of racial justice since the late 60s and involved membership in the Chicago Black Panther Party.

Mary holds a master’s degree in Social Work from the University of Illinois at Chicago. Her leadership in the Anti-Racism Institute of Clergy and Laity Concerned led her to seminary where she completed her Master of Divinity degree from the McCormick Theological Seminary in Chicago. She served on the training team of the Christian Peacemakers Teams and was most recently active with the Mikva Challenge Foundation and CLAIM (Chicago Legal Advocacy for Incarcerated Mothers). She lives in the Humboldt Park community in Chicago with her husband Rafael. Her passion involves engaging herself, her children and grandchildren in social justice issues that are both local and global.

SUSAN KLONSKY is a Chicago-based writer and activist, is interested in preserving and improving public education, especially through the arts and through the creation of smaller and more personalized public schools. In 1968 Susan was a 21-year-old member of SDS (Students for a Democratic Society), the largest youth activist organization in the U.S. SDS actively supported various liberation movements both at home and internationally, and was deeply engaged in Its militant opposition to the U.S. war in Vietnam. The national headquarters of SDS was in the West Side of Chicago. Susan was a member of the national staff which offered support to students interested in starting SDS chapters on their campuses in every state.

Susan’s personal activism was focused on organizing women, creating a more democratic and egalitarian culture within the student movement, and in finding concrete ways to organize in solidarity with the movements for civil rights and Black liberation in the U.S.

The focus of her work over the years has been the creation of community based organizations, public schools and arts companies that can carry on those early goals of peace, nonviolence and freedom for all people. 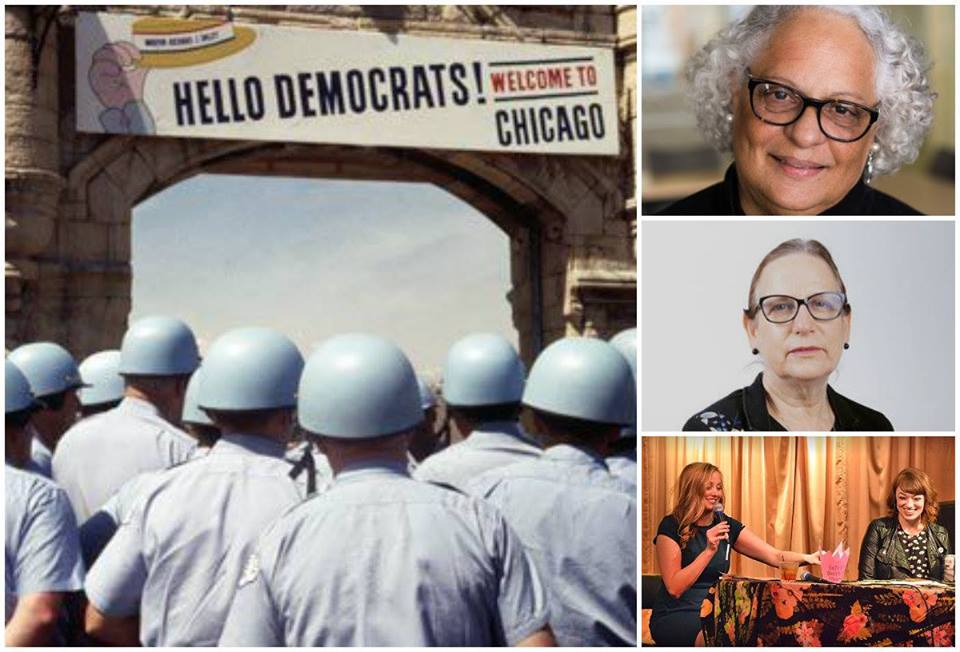